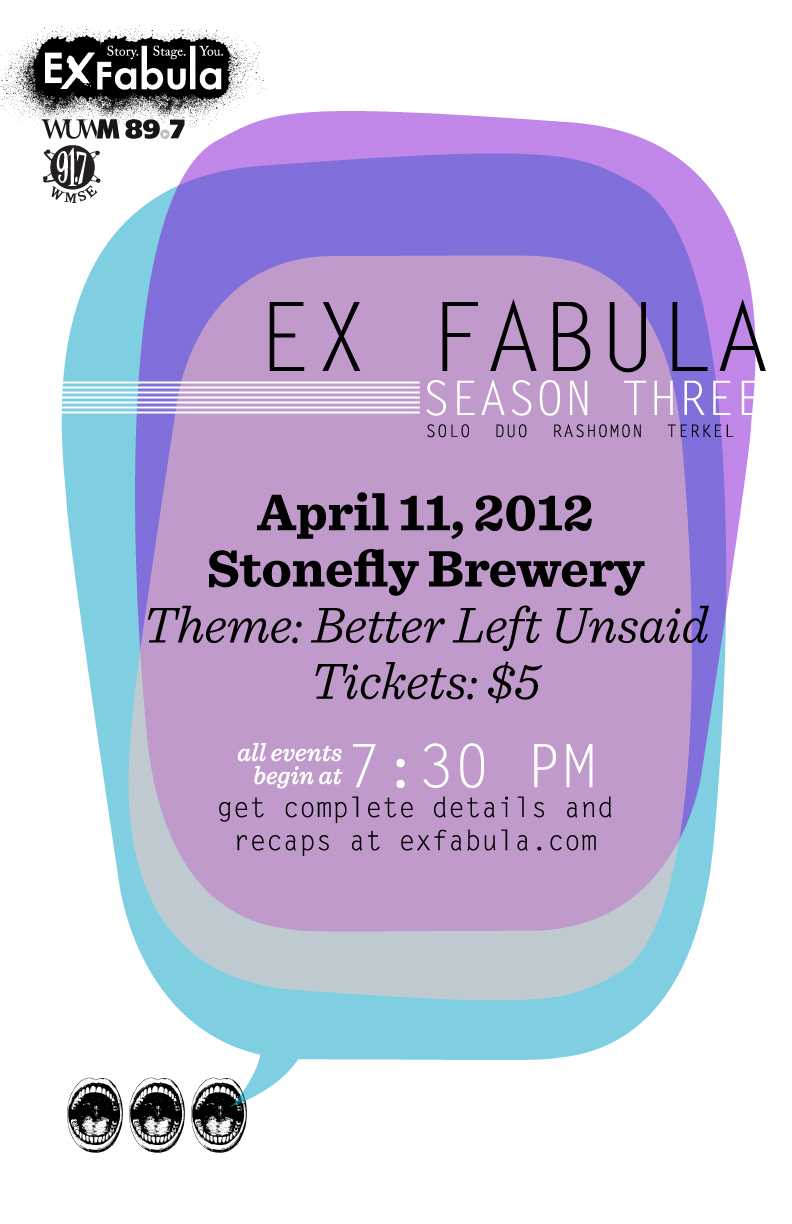 Join Ex Fabula for the final Story Slam event of the season. Wednesday, April 11th sees Ex Fabula at Stonefly Brewery for one final event prior to All-Stars, on the theme, “Better Left Unsaid.” Come to listen or to drop your name in the hat for your last chance to say your piece for the 2011-2012 Story Slam season. The joy and awkwardness starts at 7:30 pm.
Like all things that are better left unsaid, you won’t really know until it’s too late, so come to Stonefly with the same fearless attitude that fueled your story to begin with; you’ve already embarrased yourself once. Beyond that, every Ex Fabula event is packed with a supportive audience just waiting for you to unburden yourself of the guilt you’ve carried since you had one too many at last year’s office party.
Those interested in sharing a story on the “Better Left Unsaid” theme are encouraged to arrive at Stonefly Brewery by 7 p.m. to sign up.
Storytellers will be drawn from the hat throughout the night and each will have five minutes to share his or her story. An audience favorite will be voted on at the end of the night and that person will be invited to tell a story at the Ex Fabula All Stars event at Turner Hall on June 8th.
Events have been filling up quickly so we encourage you to arrive at Stonefly early to ensure a seat.
Upcoming Events:
April 28 – Terminal Milwaukee Final Event – Pitman Theater at Alverno College – 8pm
June 8 – Ex Fabula All Stars – Turner Hall Ballroom – 7:30pm
By Ex Fabula|2019-07-31T11:04:07-05:00April 3rd, 2012|Uncategorized|0 Comments