Ex Fabula ventured into the wild West (of Milwaukee) and it was fabulous! Our first story slam of 2013 took place January 15 at the Time Cinema in the Washington Heights neighborhood. Our first appearance at the new venue brought out many first time Ex Fabula attendees for an exciting show. 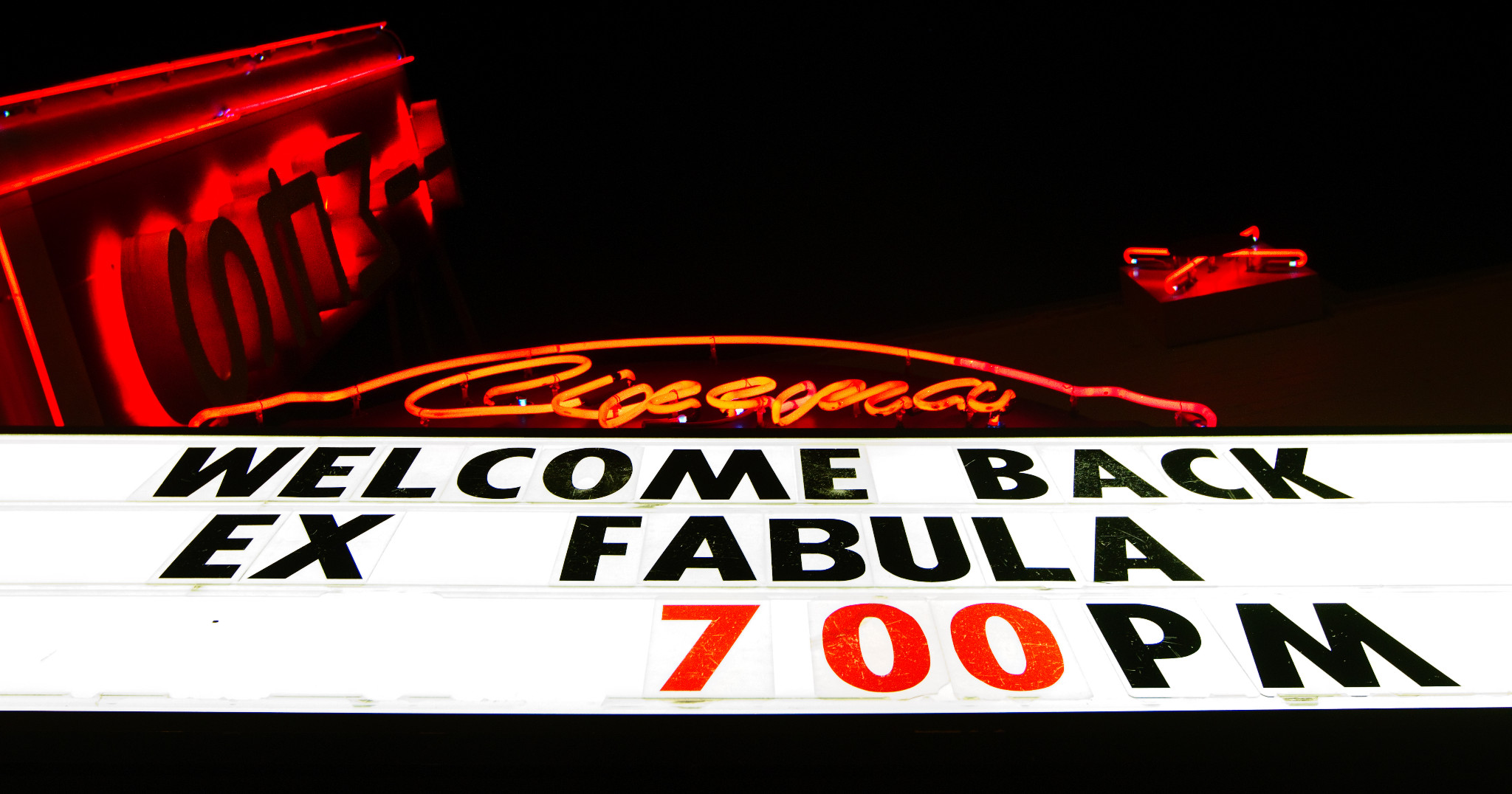 Chad Lawson was the first storyteller to take on the night’s theme of “Do Over.” Chad shared how being picked on at camp for kids with cancer helped him recreate himself into the person he wanted to be. Mike Crowley wishes he could go back and say, “Hey, Canucks, go to Hell” to a couple of Canadian guys for whom he served as translator. Poor bilingual Mike was trying to pick up a couple German girls but unwittingly helped the Canadians win them over instead. Monica Thomas rounded out the first set with the story of the alcoholic father she never got to be close to until the day he died.

Jerome Flogel told us how he is getting a “do over” with the son he didn’t know for the first 19 years of his life. “I can’t make up for the time we missed,” he said, “which my son reminds me of every time he gets drunk and we’re together, but it is the most spectacular do over in my life for sure.” If Deserae Constalineaul had the chance, she would certainly have closed her robe or wore pretty panties (or any panties at all) when her sexy doctor came in to talk with her after surgery. 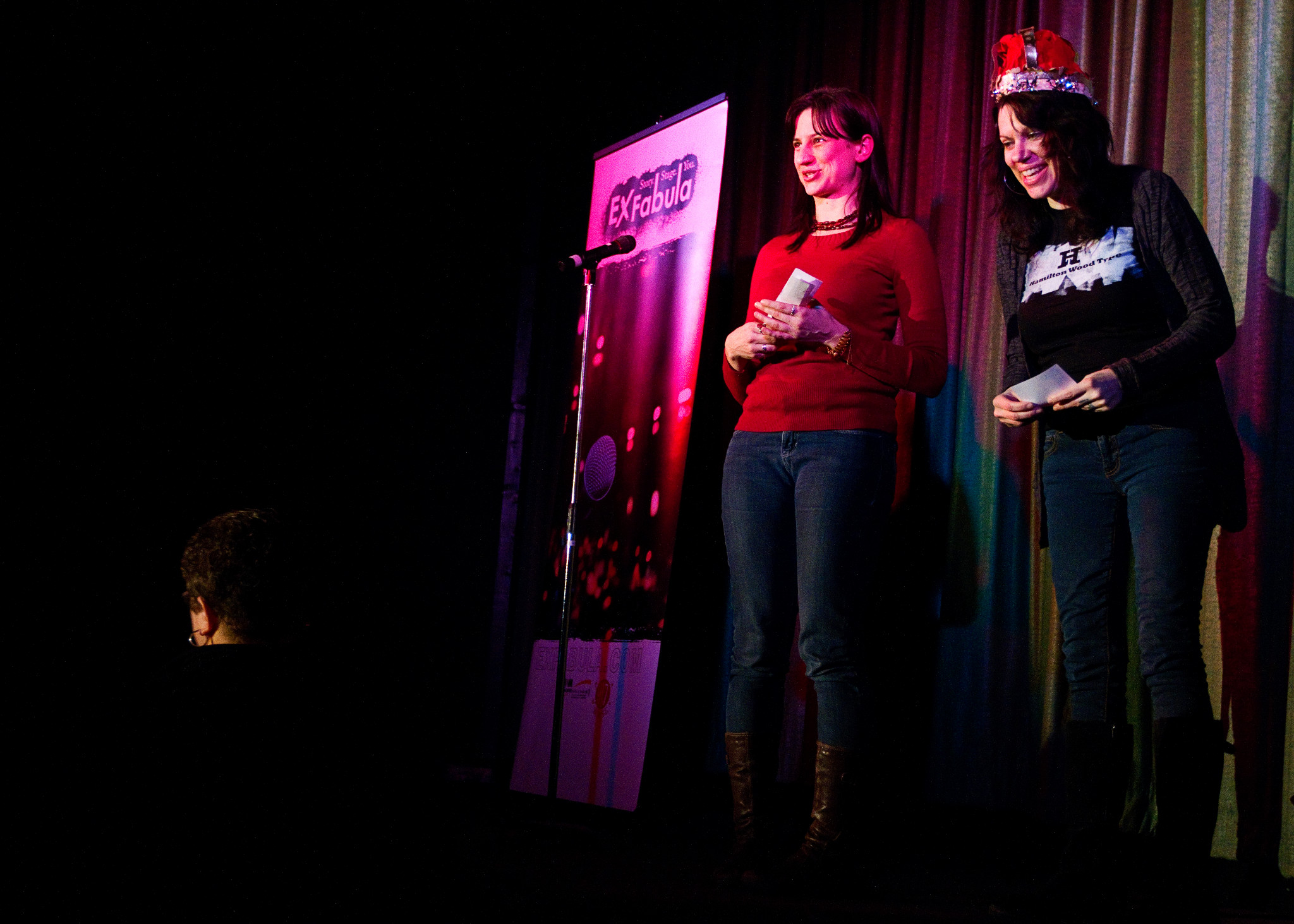 Molly Snyder ultimately won Audience Favorite for the evening with her story of the night that changed her life that she would absolutely not do over.

Mark Steidl started off the final set of the evening by grabbing the mic from its stand and saying, “I’m going to take it out and get it nice and close…that was sexual…and I need to separate from that comment because this is a story about my mom. And I love my mom, but not in that way.” He also loved how his mother, who would always harp on him for his driving, finally got a speeding ticket and was forced to revise her safe driving speech. 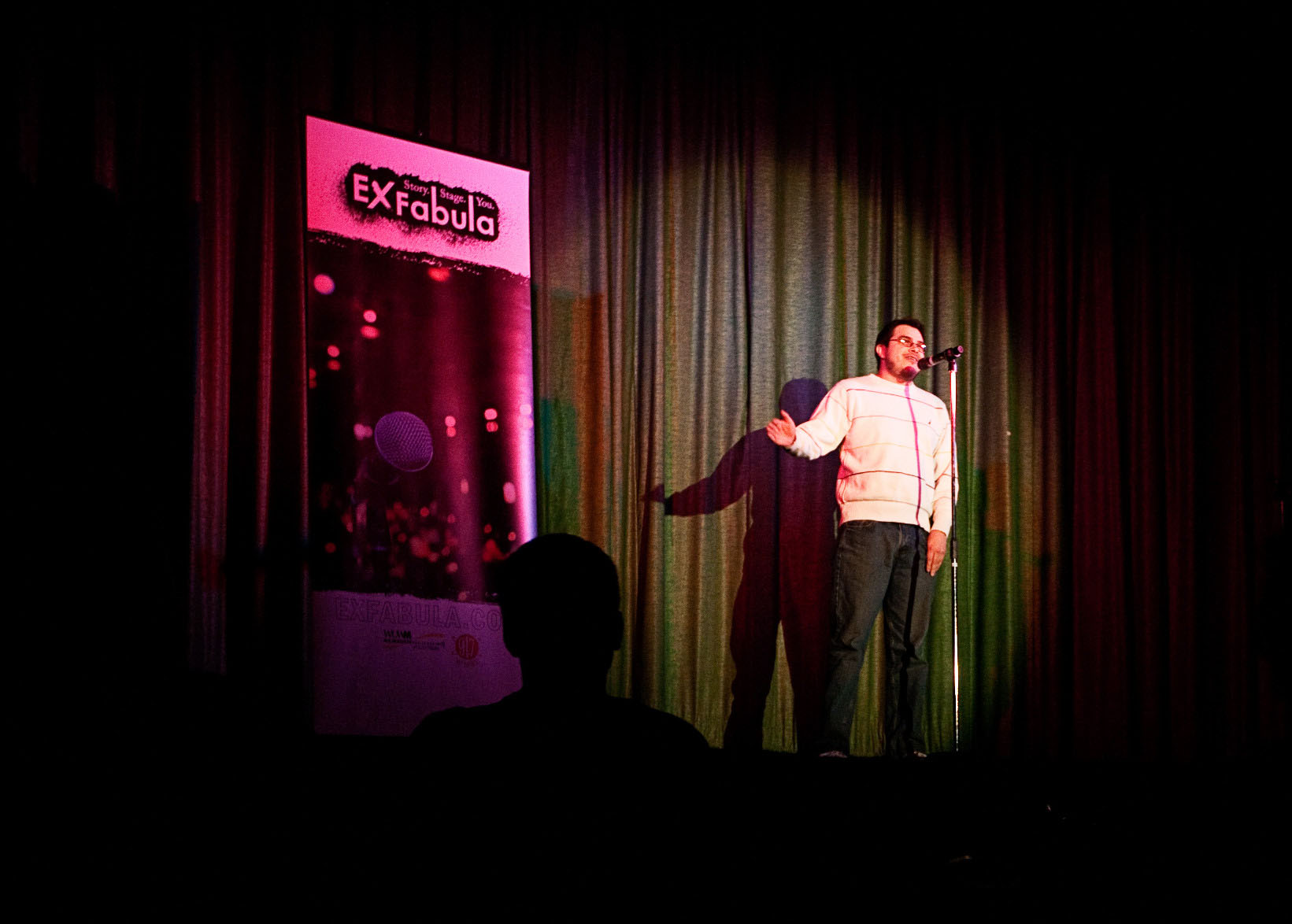 As the United States was facing tragedy on September 11, 2001, a 17-year-old Scott Heaton was struggling with his own personal tragedy: chickening out when it came time to ask the girl he liked to Homecoming. Over the following week he realized that “you never know when things are going to happen that change your world” and you might not get a chance for a do over.

Dino Fernandez wrapped up the night telling of his ambivalence about doing over his years as a marine which he said was the best and worst thing that has happened to him.

Of course the beauty of any Ex Fabula story slam is its spontaneity. So while we would never do this one over, we are certainly looking forward to doing it again Wednesday, February 13 at Stonefly Brewery in Riverwest on the theme of “It’s a Date.”