The first, full installment of Ex Fabula’s new storytelling series, “Terminal Milwaukee” will take place Saturday, July 23, 8 p.m. at Club Garibaldi, 2501 S Superior St, Milwaukee. Through the “Terminal Milwaukee” series, Ex Fabula will see Milwaukee through the eyes of a lifelong resident, Tom Crawford, and visit the neighborhoods he grew up in and worked in over the years.
[youtube http://www.youtube.com/watch?v=IhHdS72T65M&w=560&h=349]
The series began at Ex Fabula ALL STARS 2011 season finale on June 2nd at Turner Hall. In addition to Tom’s story on the evening’s them of “Secrets and Lies,” the show included the unveiling of the Terminal Milwaukee video trailer. This is the second in the seven-event series and the first to focus on one of the five distinctive neighborhoods of Milwaukee that tell the life story of Tom Crawford. Tom came to this project as a standout storyteller from Ex Fabula All Stars 2010 and a self-described “terminal” Milwaukeean. The story theme for the July 23rd event will be “All in a Day’s Work.”

Club Garibaldi was specifically chosen for this event because Tom would frequent the club after working as a longshoreman, loading salt on the docks of Jones Island when he was young. Furthermore, Club Garibaldi has a rich 100-year history, still serves as the meeting place for the Italian Garibaldi Society, and is a cultural destination in the Bay View neighborhood. Tom’s visceral personal stories are gripping, vivid and filled with detail and affection for the neighborhoods they are set in. This event, like all the Terminal Milwaukee events, will also feature storytellers preselected from neighborhood residents. Finally, Milwaukee historian John Gurda will contribute historical vignettes to each event throughout the Terminal Milwaukee Series. 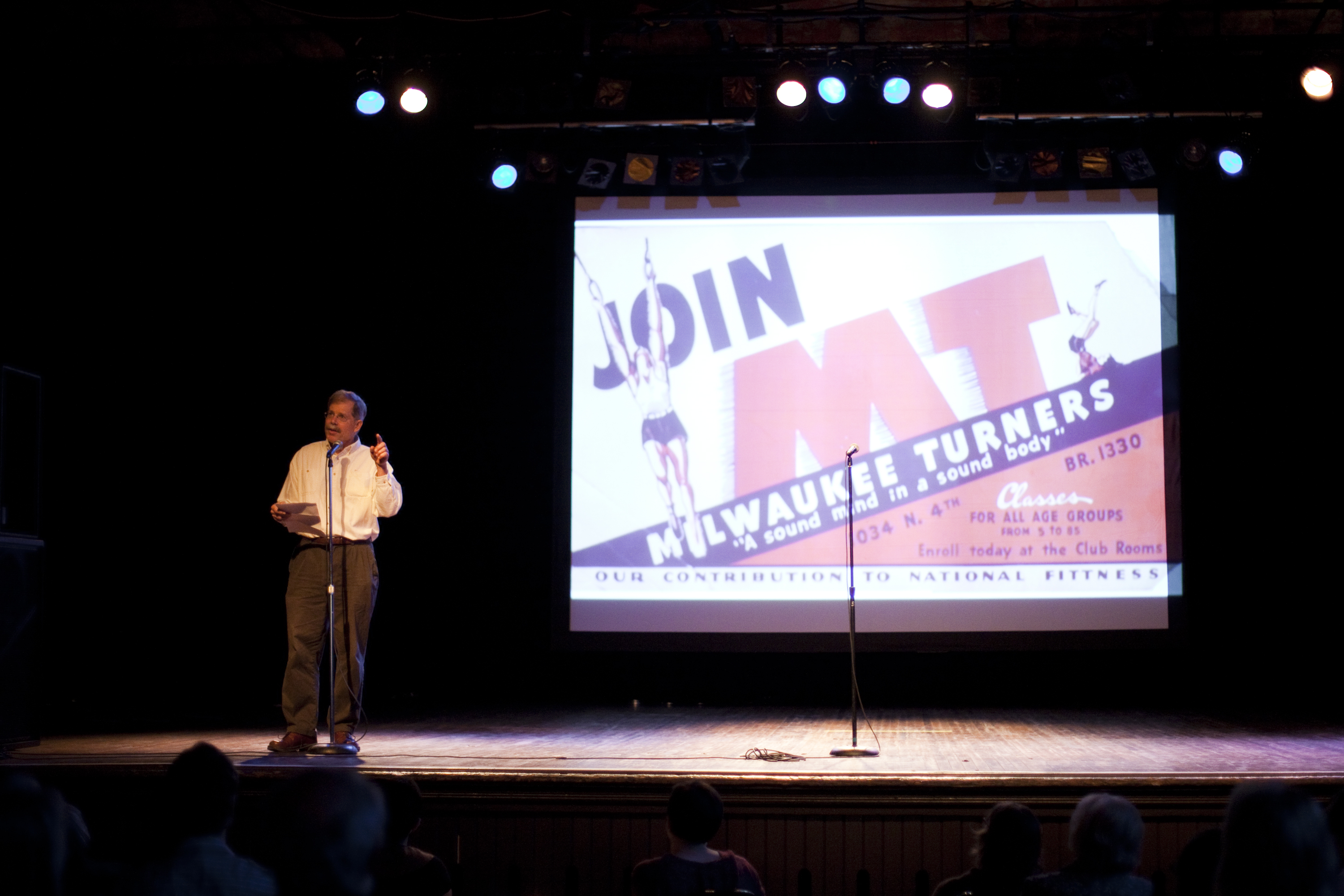 This particular evening will also feature a a pre-event barbecue at Groppi’s Italian Market. The barbecue will highlight Groppi’s as another terrific asset to the Bay View neighborhood and John Gurda will share some historical insight on the 100 year old market that calls itself a “Bay View Tradition.” The barbecue begins at 6:00pm and will continue until 7:30pm, with food and beverages available for purchase. Groppi’s is less than one block from Club Garibaldi.

Throughout the course of the Terminal Milwaukee series, audience members will have the opportunity to share their memories and experiences in the neighborhood. The series will be documented in audio and video form and these will be shared throughout the year-long project. There is a suggested donation of $5 at the Club Garibaldi event to support this project and Ex Fabula’s mission of connecting storytellers with live audiences.