The sun finally came out on Friday, April 19! Velobahn Coffee on Pierce Street was the place to be for Ex Fabula’s first-ever teen story slam.

The theme was G.O.A.T – Greatest of All Time! Who doesn’t like to hold forth on the subject of GOAT? Greatest song, musician, movie…best meal, restaurant, quarterback. Yet the teens (and two post-teenagers) who shared stories saluted peers and mentors, in stories that were revealing in so many ways.

First up was Hosh Ceja, who was the typical annoying baby brother once. He loved to run with his older brother and brother’s friend. They were knocking around one day and found a long stick to throw around. Hosh felt invincible – like a Spartan – with this weapon in hand.

He wound up and threw it. His brother ducked but it caught the friend square in the chest, knocking him down. Hosh froze with terror, thinking he’d killed him, imagining the trouble he was in. That abated somewhat when the friend got up, very much alive. Was he going to tell on Hosh? Would both sets of parents find out? Would Hosh get a whupping even though death was no longer involved?

Big brother told him to own up to it, or he’d tell. Finally, they went home with the friend, reluctantly. The friend went to his room crying. Hosh confessed, and was amazed when his parents told him it’s okay, just go apologize. They even gave him a vanilla wafer for honesty! Hosh says he learned a GOAT lesson that day – it’s best to tell the truth, own your mistakes and move on.

Alethea Quick is a “theater kid”. More specifically, a musical theater kid. She was part of a team (one of very few from the Midwest) that competed in the Junior Theater Festival in Atlanta. This festival is a fabulous gathering of young theater lovers. A very big deal.

Their performing group (POD) did Aladdin. Alethea’s a slight-built young woman yet she got the role of Rezoul, the buff head of the guards. With a few creative costume tricks she made it work. She’d done well, but she experienced true awe when a group from Alabama performed Once on an Island.

At this festival, the groups work with very little. No set, no props. Her Alabama counterpart had the role of Papa Ge, a complex character faced with a choice between love and death. Alethea was amazed at the range of emotions she conveyed, how she used her body, face – everything – to embody her character.

And so, for the rest of their time there, Alethea obsessed over finding her, to tell her she was GOAT! Finally, she found her in the food court, on a trip to the mall and got to express her admiration, And got her heroine’s Instagram.

Our emcee at the slam was Milwaukee Youth Council member Bria Smith. Bria shared a moment from her two-month, 65-city tour with the organization March for our Lives. In every town, she and the other youth activists met politicians and celebrities. To her, one  of the greatest moments was their meeting with GOAT performer/activist Harry Belafonte.

This had been a busy tour, and Bria hadn’t had a chance to do her hair the way she preferred that day. She reluctantly settled for a scarf. Then, she was face to face with this man who’d organized and marched with Martin Luther King. Whose whole life exemplified leadership and commitment…

There he was, a legend, relaxing in a hoodie and drinking iced tea. She told him she thought he was awesome. He smiled at her, reached to touch one of the twists pushing out from her scarf. Black Girl Magic…that’s what he said. She wished he hadn’t noticed her unruly hair, but she’ll always treasure that moment.

The next teller – Romke DeHaan – left his teen years behind a while ago, but he told a compelling story about the mentor he worked with when he was a seventeen year-old high school dropout. He entered a program called “Homeboys”. This program matched teens with mentors in tech, design and programming.

Romke was matched with a guy named Andy Tallon. Andy was a Princeton grad, based in New York, where he had his own design studio. He taught Romke about typography and sound design. Andy’s time and regular travel from New York to Milwaukee paid off as Romke used his skills to build a career.

When Romke applied for an internship at an agency in Columbus, Ohio, Andy’s glowing recommendation – a beautiful letter in a gold foil envelope – meant the world to Romke. He still has it.

As years passed, Romke lost touch with his mentor, who drifted out of design work and turned his talents to a new passion – architecture. Andy used his tech and game design skills to do 3-D scans of Notre Dame Cathedral.

Romke learned about this when he saw an article in National Geographic online recently. The article explained that Tallon’s extraordinary techniques provide images that will be used to guide the teams re-constructing Notre Dame in the wake of this month’s devastating fire.

Romke was deeply saddened when the article mentioned that his mentor had passed away in February 2018. Creativity and skill, a willingness to share…Andy’s legacy lives in Romke’s successes, and in the potential rebirth of an architectural treasure. GOAT!

If anyone could still doubt the profound impact teachers have, Sophie Floyd, a dancer, put that to rest. She started dancing in early childhood and she revered her dance teacher, Heather. Heather inspired her, and coached her, always emphasizing the positive.

Sophie’s stage problem, something she needs to work on is “dead face”. When she dances, her face is flat, not showing the emotion conveyed by the dance. She had an audition where her teacher Heather was one of the judges. Heather noted her “dead face” but told her I wish your face would dance the way your body does. A beautiful way to encourage her in her quest to improve… Sophie wants to become a dance teacher. Because of a GOAT teacher like Heather.

The last teller was Que. He recalled his high school days, when he played football. He practiced with the team as a “wing back”, a defensive position that meant he was here, there and everywhere in practices. Que wasn’t a starter in many regular games, but he practiced diligently. His GOAT moment came during a game where the coach put him in and he set up a game-winning touchdown!

Que reflected that it’s not all about talent. If you’re showing up, if you’re practicing – you just may be the person of the moment. It’s not always the “stars”! Each one of us can prepare to be the GOAT and be the better for the effort.

Thank you to Velobahn Coffee for hosting! Join us Saturday May 18th for our ALL STARS SLAM: Forgiveness at Turner Hall Ballroom! General Public purchase tickets here: https://pabsttheater.org/event/exfabula2019/ 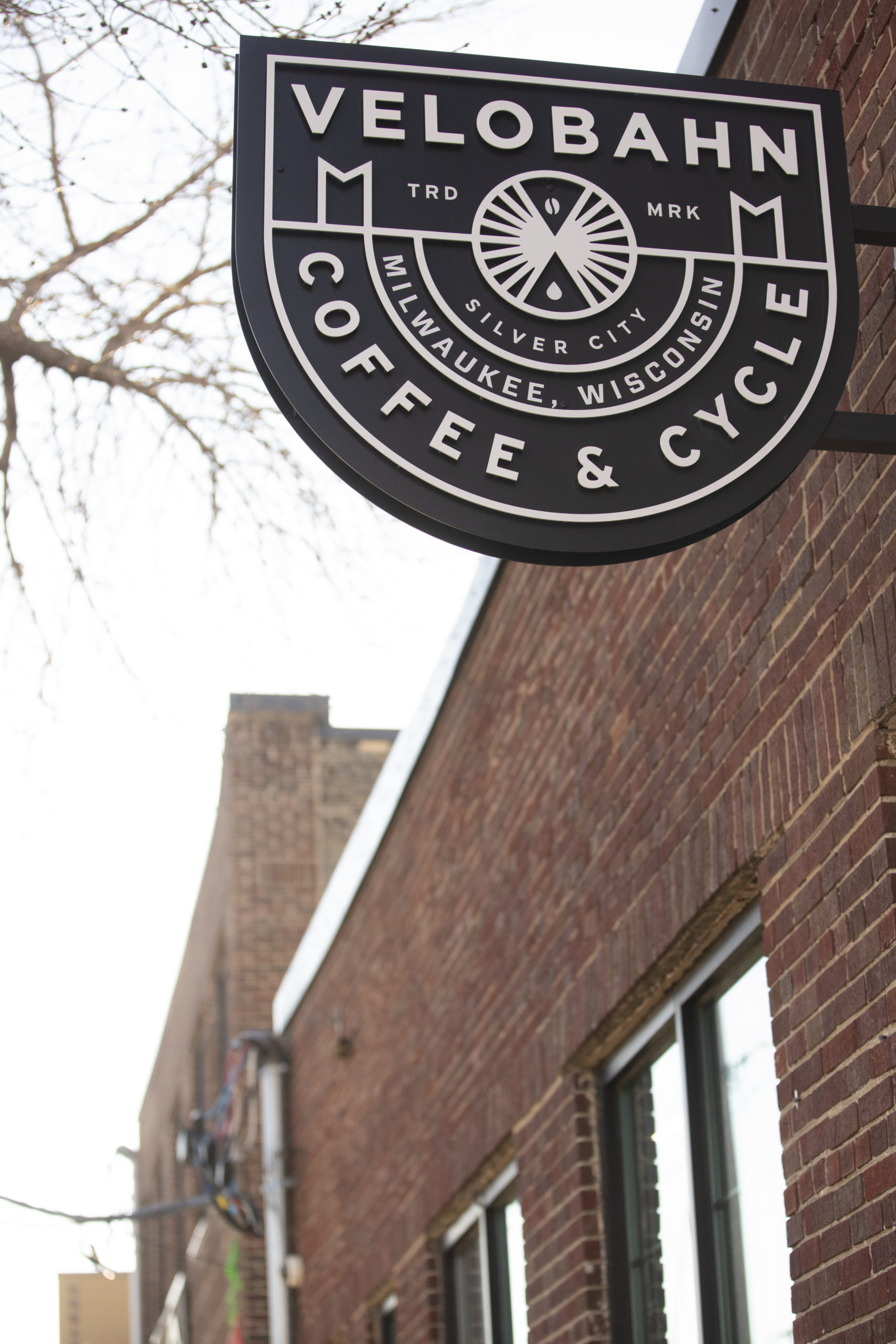 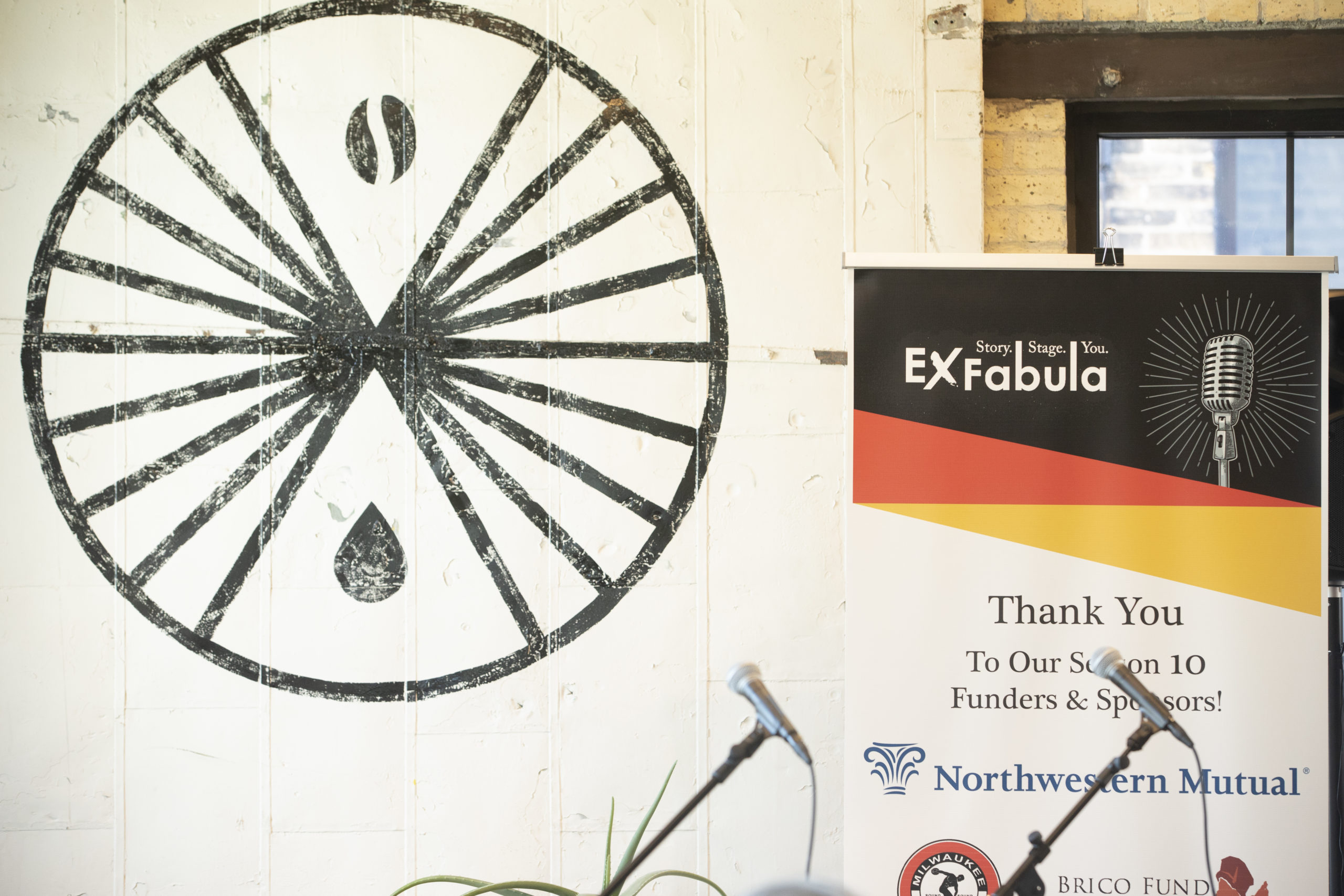 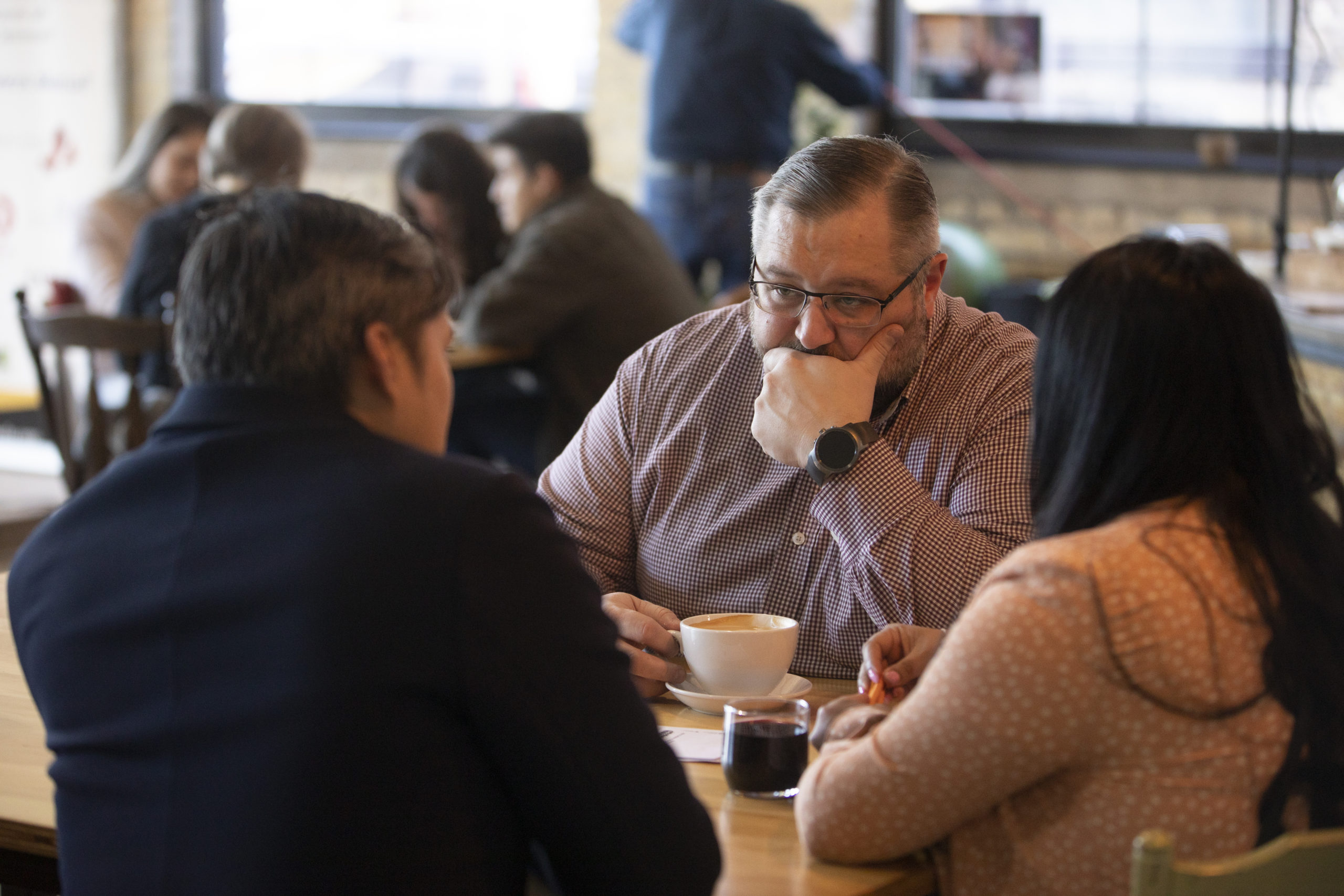 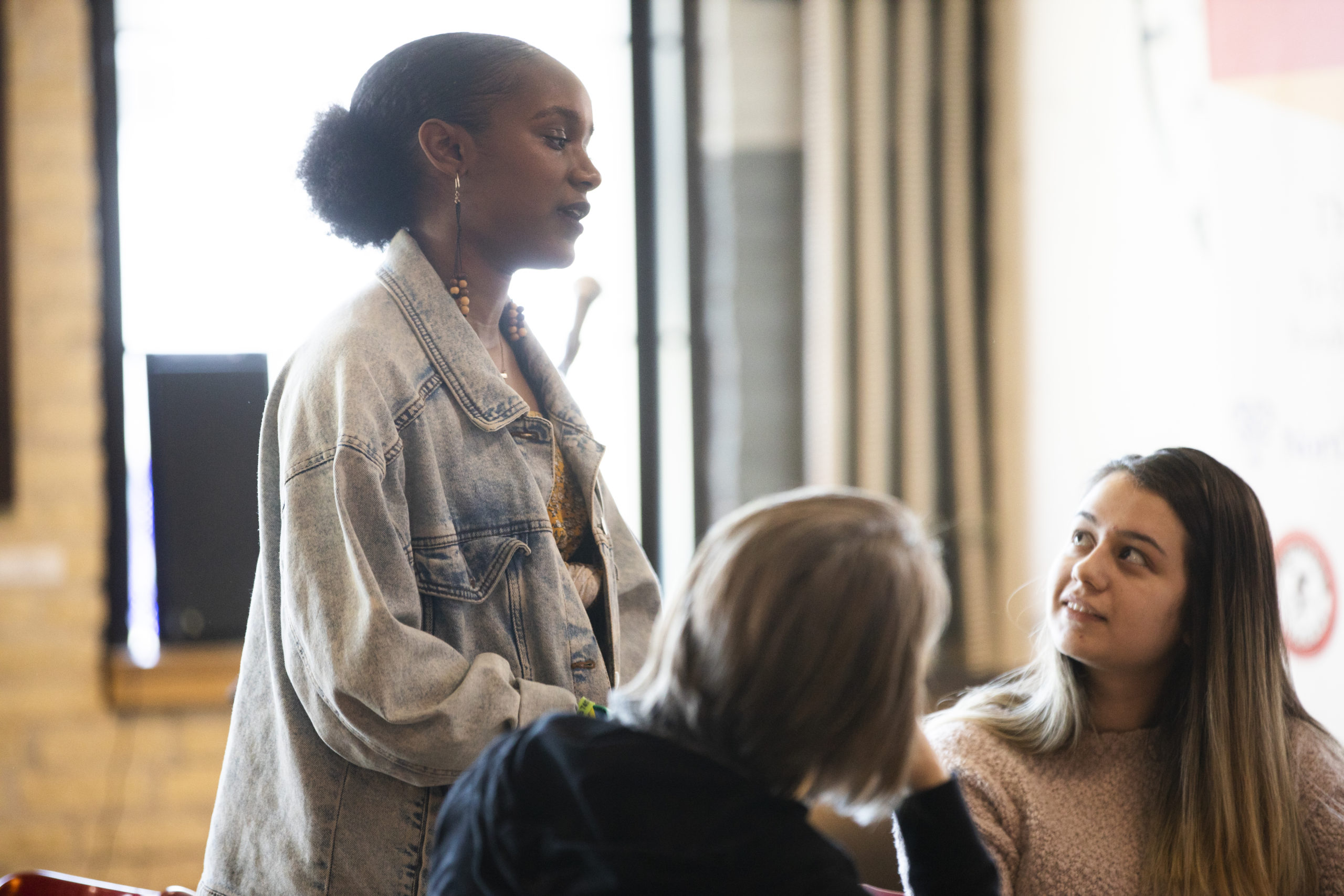 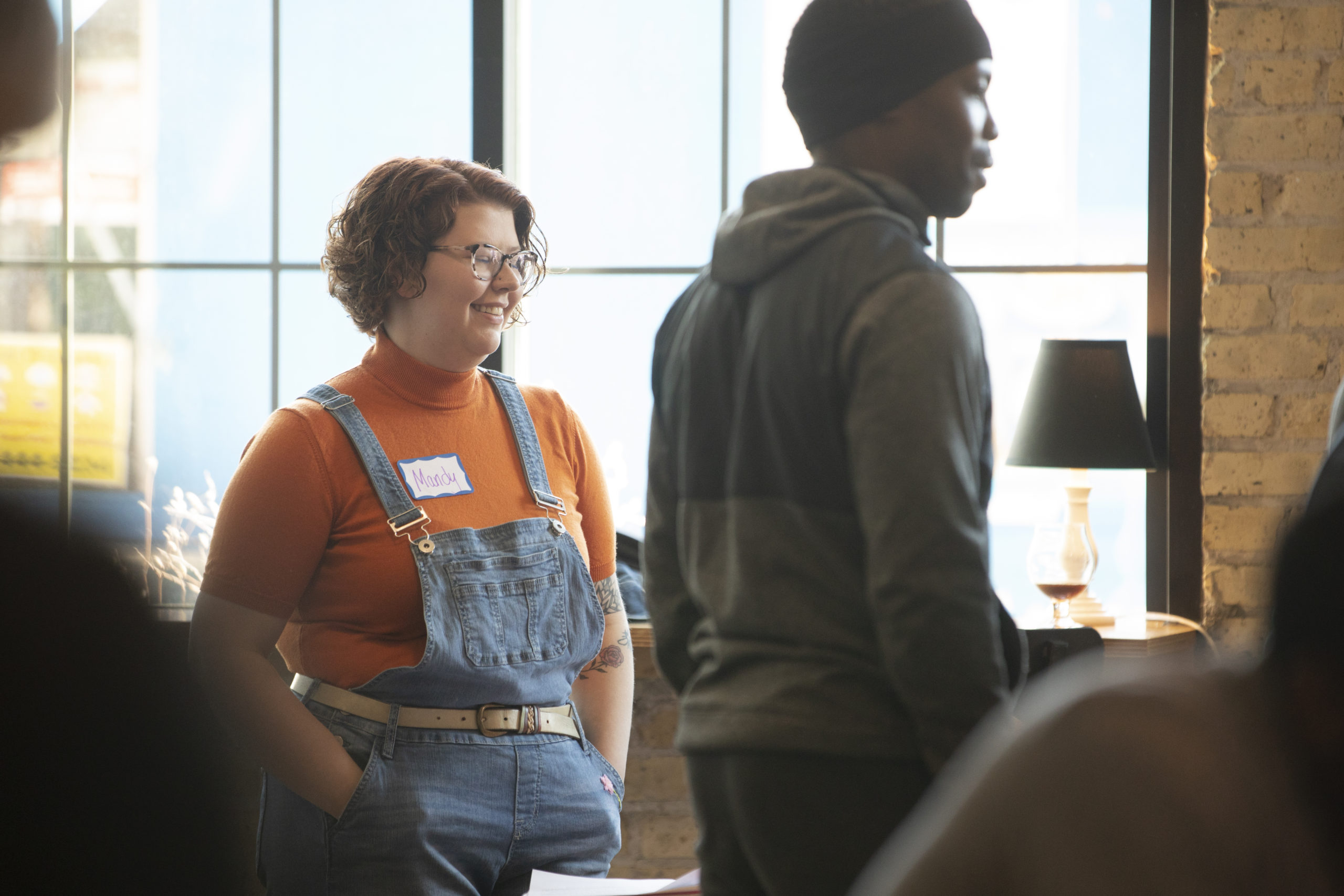 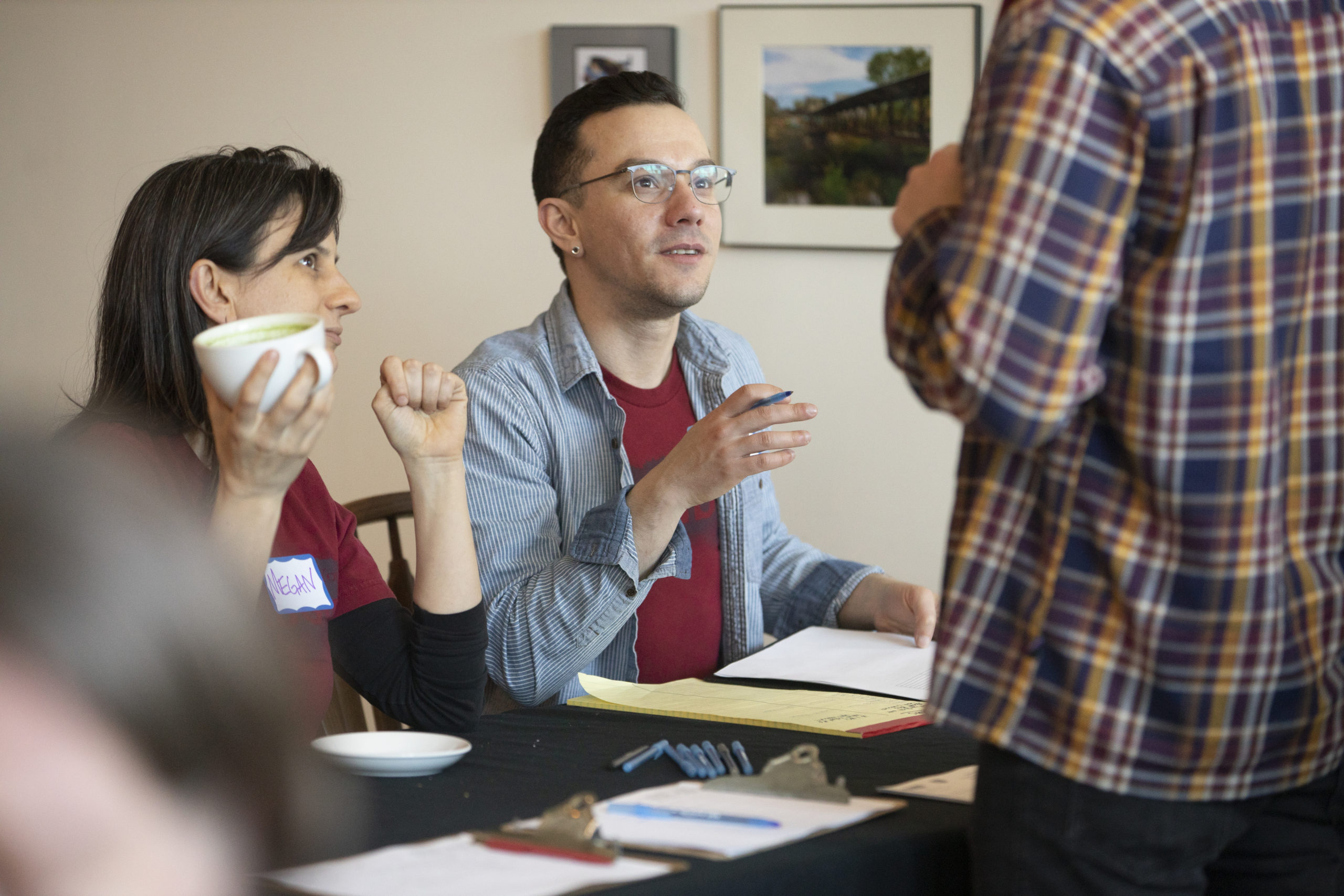 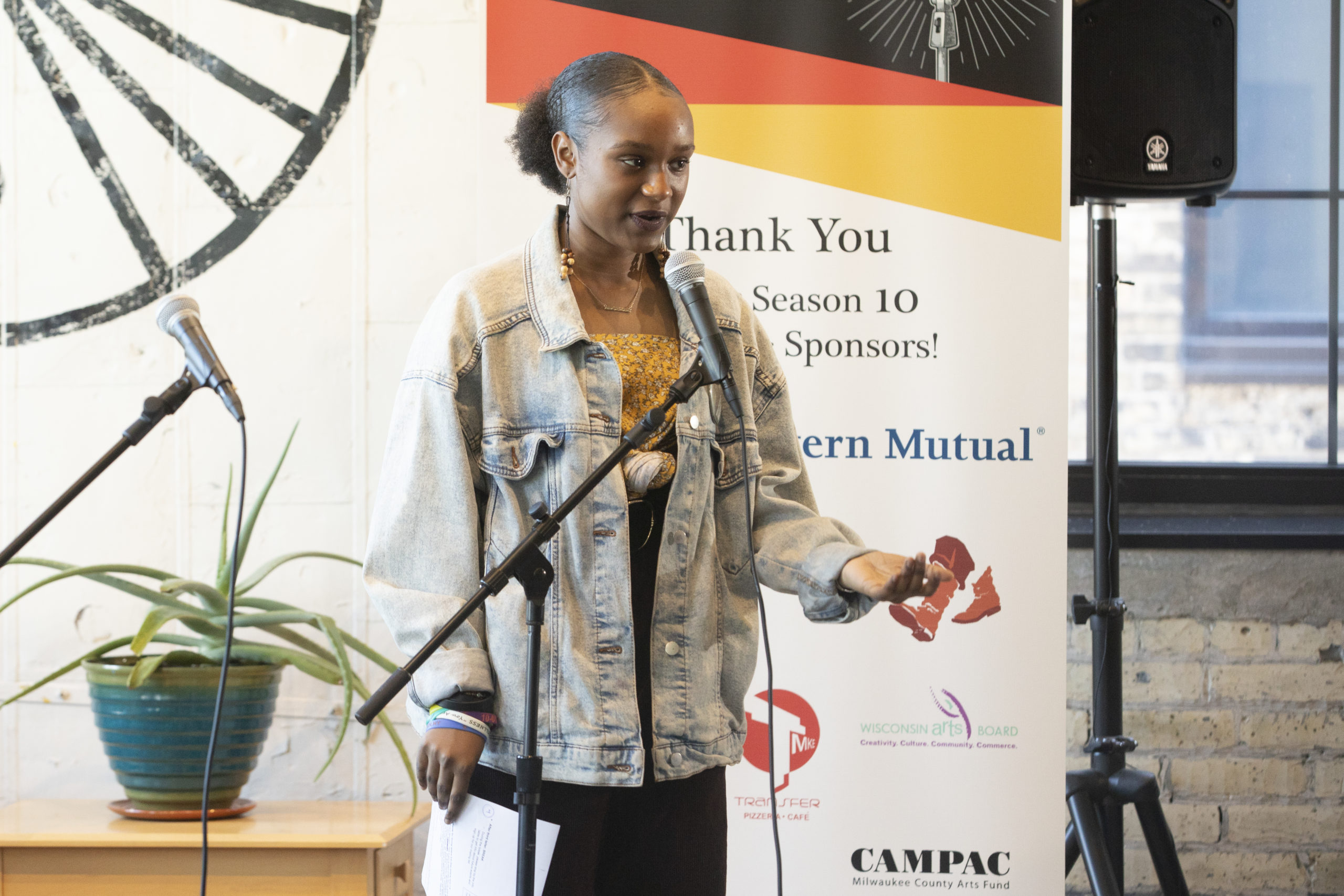 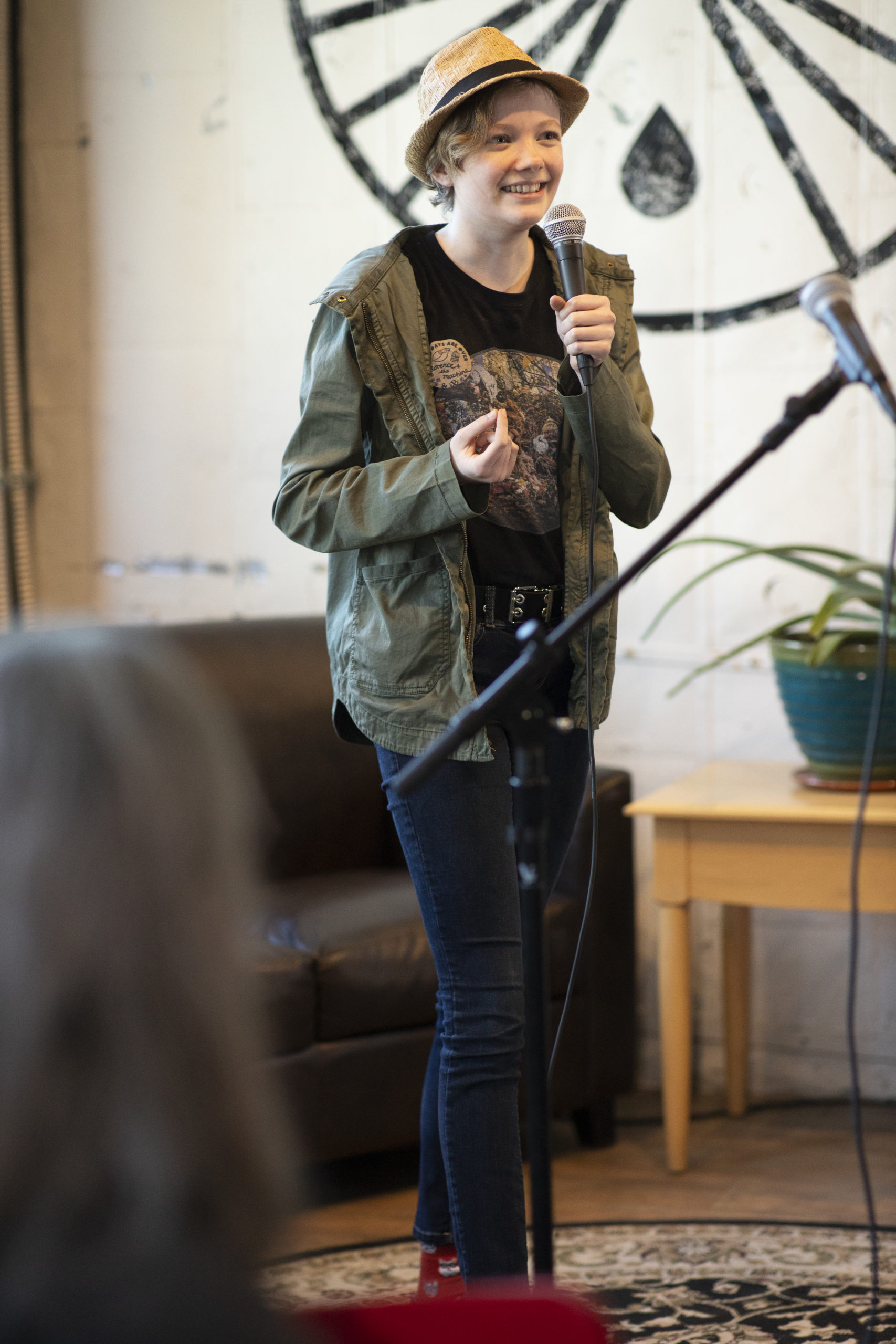 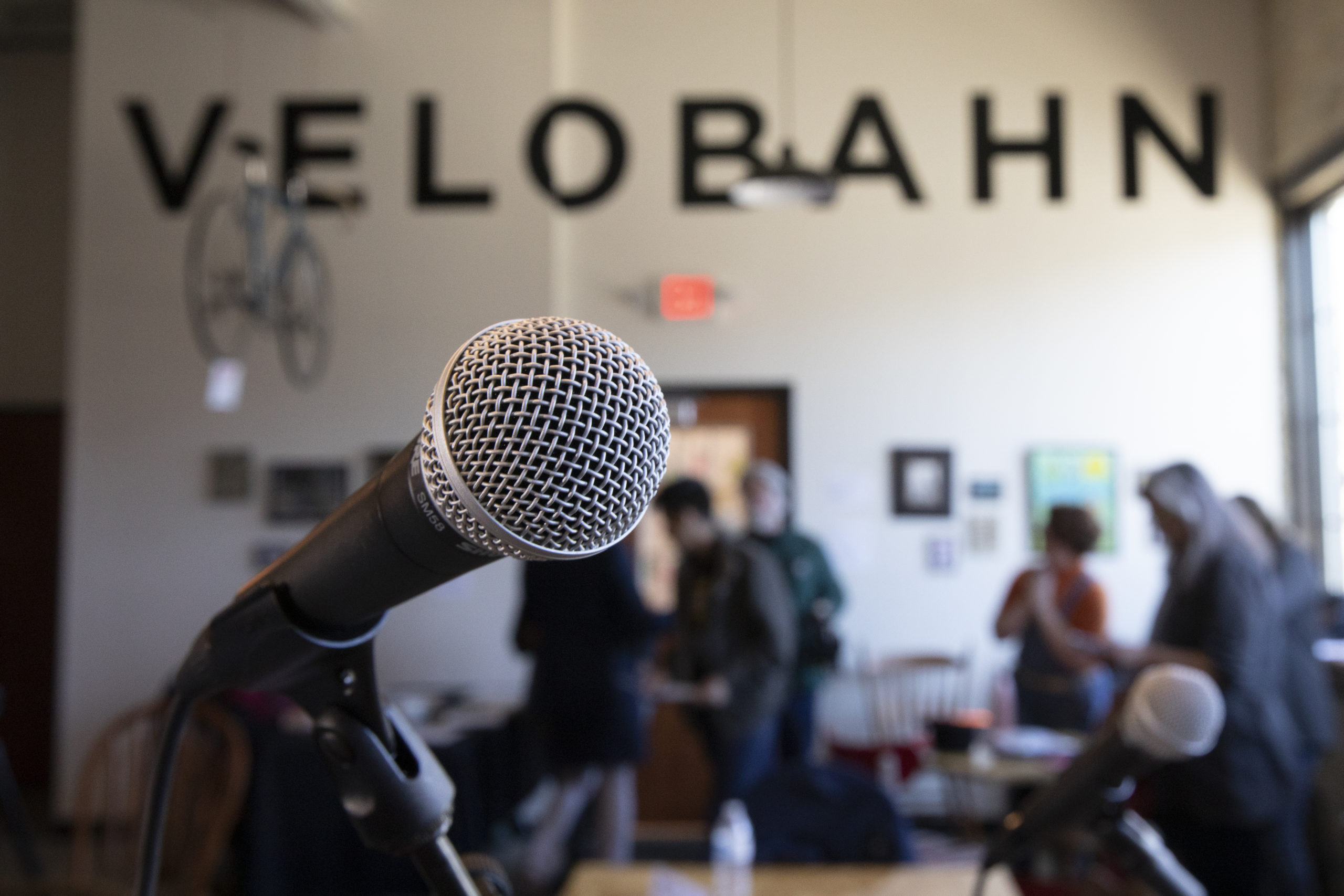