Skip to content
Home/Blog/Love on The Ex Fabula Stage!
Previous Next

Love on The Ex Fabula Stage!

Ex Fabula board president Meghan Koven is engaged! Just so happens that her love, Michelle Daavettila (AKA Shel Daav) popped the question onstage at the New Year Spectacular. The proposal was a first at an Ex Fabula event. I interviewed Meghan and Shel so we could learn more about their relationship to each other and to the Milwaukee community.

Shel told the audience about your first date at Sven’s Café. Can you provide a recap for those who missed it?

Meghan: I was doing online dating. I was certainly nervous…I was pretty inexperienced when it came to dating women. I remember it being freezing – I wore my longest winter coat and had this bright red wool scarf wrapped around my head several times.

Shel: …I arrived first, she not too long thereafter…with a scarf wrapped around her head…Once uncovered, I immediately smiled at the beautiful smile and cutest dimples!

Dating isn’t for the faint of heart! Can you both talk a bit about the fears or baggage that you brought to this first meeting?

Shel: I’m not someone who tends to be fearful around dating. I always intend on being as authentic and true to myself as I can be, that way they know the real me… I know my worth and if it isn’t valued then we should probably look elsewhere.

Meghan: OMG…where to begin? While Michelle identifies as a lesbian, I do not, and it’s not easy to find someone who is secure enough in their own sexuality to accept me for mine. As a queer (mostly) cis-woman, there can be a lot of misunderstanding in both the straight and LGBT communities about people like me…Add the fact that sometimes, my low self-esteem about being a “fat girl” rears its ugly head. Before Michelle and I ever met, I began a healing process that has taken me over a decade…And then I had to build up my self-esteem so that those I allowed to love me were worthy of my love in return.

Todays’ babies will only know from history books that there was a time when same-sex couples couldn’t marry. I remember couples flocking to the courthouse when marriage equality became the law in Wisconsin. Did either of you imagine then that you’d marry the woman you love before the decade was out?

Meghan: Nope. I didn’t imagine marrying a woman when I was younger. I was pretty convinced that I was going to spend my life on my own because I was too damaged. The transformation away from this mindset, with help from Michelle, is in itself a real miracle.

Shel: To be honest, I never thought that same-sex marriage would be legal in my lifetime. I wrote letters, sent e-mails attended rallies and protested. I did believe that my special someone was out there and felt I was getting closer to finding her. She lived a mere 1.7 miles away, for 8 years prior to our meeting! I do believe that there is some magic in the timing…

I’ve followed your culinary adventures on Facebook, getting vicarious thrills. Have you planned the food for your wedding yet?

Shel: It’s true, we’re both avid foodies. A cookout sort of event with possibly a pig roast, potato salad and many varieties of pie… Meghan: We’re just getting started with the planning. I would love to have a banana cake with chocolate ganache frosting though…?

Obviously, Ex Fabula plays a large role in your lives. Can you talk about how you came to Ex Fabula, and what the mission means to you?

Meghan: I attended my first Ex Fabula slam seven years ago…Never before had I found an environment where I was so wholeheartedly welcomed exactly as I am. I first volunteered as a timekeeper. I looked for opportunities to add value to the organization and ran with it. My volunteer service has been focused on developing processes and needed documentation, as well as methods for measuring and communicating organizational success. I joined the board in 2015 and was elected president in 2017. It’s been a wonderful experience to serve. People don’t hide from one another at Ex Fabula events; their dignity, bravery and authenticity are instead celebrated.

Shel: Ex Fabula is so special to me, not only because my love is the Board President and it was the event of our second date…I too strive to see our community bonds strengthened. It saddens me that Milwaukee continues to lead so negatively, in terms of racial inequality. I couldn’t sit on the sidelines and do nothing. Milwaukee is my hometown and I love many things about it, but we have so much work still to be done. Ex Fabula is keeping that ball in play.

Come see how an Ex Fabula StorySlam unites community through love and storytelling at our next slam ‘Fear’ on March 7th at Times Cinema. 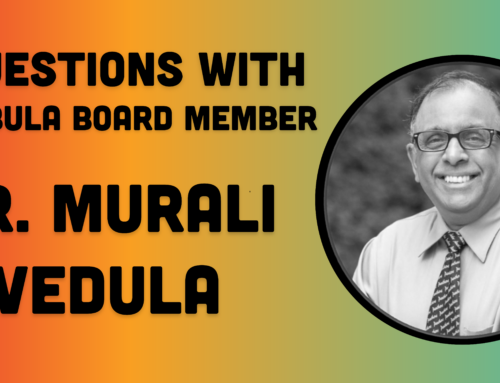 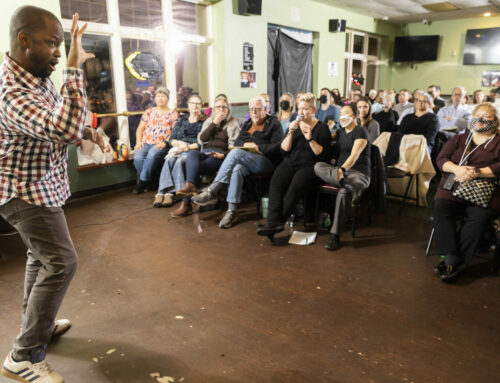 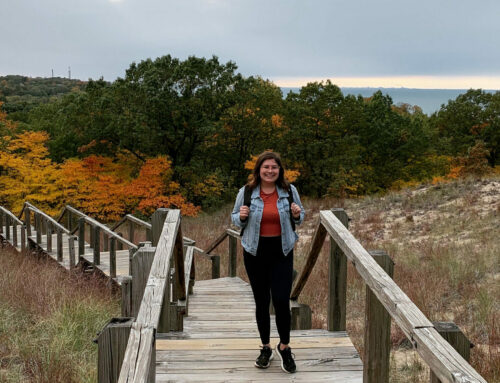 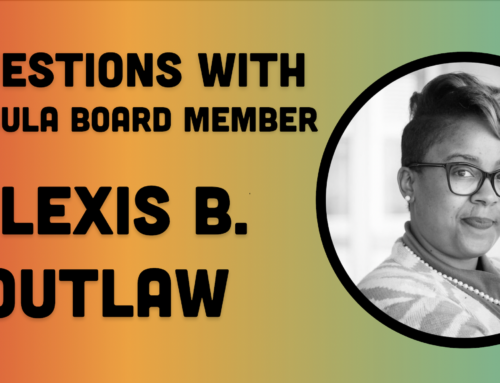