My Life of Crime: Recap

My Life of Crime: Recap 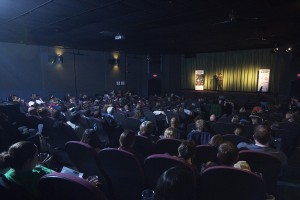 Dasha addresses the sold out crowd.

T. Michael Bathke started things off with a New Year’s Eve story of crossing borders, strip searches and leftovers. That could seriously only have happened in the eighties. Newcomer Adam White followed suit with a harrowing tale that included restaurant robbery, speeding & unexpected payback. Christofer Spencer, the evening’s second newcomer, kept the crowd in stitches with his animated narrative about awesome art, shopping with his mother and accidentally shifting the ‘prindle’ while left in the car. For the record, the keys were NOT in the car.

After a brief intermission, the crowd was treated to a triple threat of newcomers. Danny Williams‘ story of high school entrepreneurship  seemed like a criminal origins story. Is anyone in the mood for a slushie? Sometimes rudeness can be life saving. Erin Johnston‘s story about a New York apartment invasion had various elements of booby traps, helpful & terse neighbors and that one passive aggressive friend in our life. Confession is always good for the heart. Keith Tussey admitted to youthful shenanigans that involved friendship, jumping over fires & the untimely death of a cow. 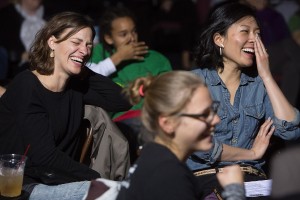 Fun times among the crowd!

One final intermission and the crowd was ready to hear more stories. More often than not, our days never end the way they start. Deserae Constantineau‘s day started out with errands and ended with a traffic stop, where she learned of a minor oversight while in possession of some adult paraphernalia. First timer Bill Kingston‘s coming of age narrative included small town Wisconsin living, underage libations & quick thinking. Something like this could only happen in Wisconsin.  Bill Stevens, the evening’s final storyteller, amused the audience dishing on a close call while gift shopping for his significant other. Sir, terrycloth robes are to your right. Who doesn’t like a calculated, or miscalculated, risk every now and again?As the votes were being counted, Dasha Kelly shared a provocative narrative about stolen moments and getting busted. Bringing the audience back to the present, the Audience Favorite was announced and congratulations were in order for Danny Williams!! 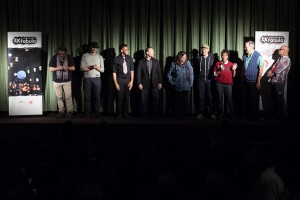 Let’s hear it for our brave storytellers!

It was an amazing evening! Thanks to all of our brave storytellers for gracing the stage and sharing. Thanks to our emcee and to our gracious host, Times Cinema. Special thanks to the evening’s sponsor, Four Corners of the World, and our Season Seven StorySlam sponsor Transfer Pizzeria.

All photos courtesy of Art Montes