Even the unseasonably gorgeous weather could not keep the faithful and some new folks from gathering at Bay View Brew Haus on Tuesday March 13 for our “Piece of Cake” story slam.

The evening kicked off with several things that are apparently not a “piece of cake,’” namely camping, cats and boyhood mischief as told by Linda Stewart, Beth Janicek, and Sammy Aumend respectively.

The “things that are not a piece of cake” theme continued when one of the many charming Ultra Shorts of the evening, ended with the line “Easy as Pie.” To which, one of our own turned to offer, “Wrong dessert.”

You know how your mom used to say “If the cool kid jumped off the cliff into the water would you do it too?” Heather Hingston, though terrified, did just that. While the video of the dive shows that she didn’t make a sound upon entering the water, Heather said it was “the most excruciating thing I’ve ever done” as it landed her with a broken sternum. (But hey, she won Audience Favorite for the night with this story, so at least she got a good story out of the ordeal.)

More things not a piece of cake: Katie Richtor’s foray into competitive Scrabble, Kristia Wildflower’s decision to get sterilized, and Steph Kilen’s attempt to bake a cake that turned out so badly it could not be cut into pieces.

Tim Chrapko was all set to celebrate his 21st birthday with friends in the way that most 21-year-olds do, when his 15-year old sister called to tell him she made him a cake. So good brother Tim spent his 21st birthday hopped up on sugar instead of drunk.

Dominic Shiro found getting himself into a steamer trunk to be a piece of cake, but getting out, not so much. And Andrew Larson rounded off the evening with a story of driving around Scottish highways in 2nd gear because no one in the party knew how to drive an automatic. 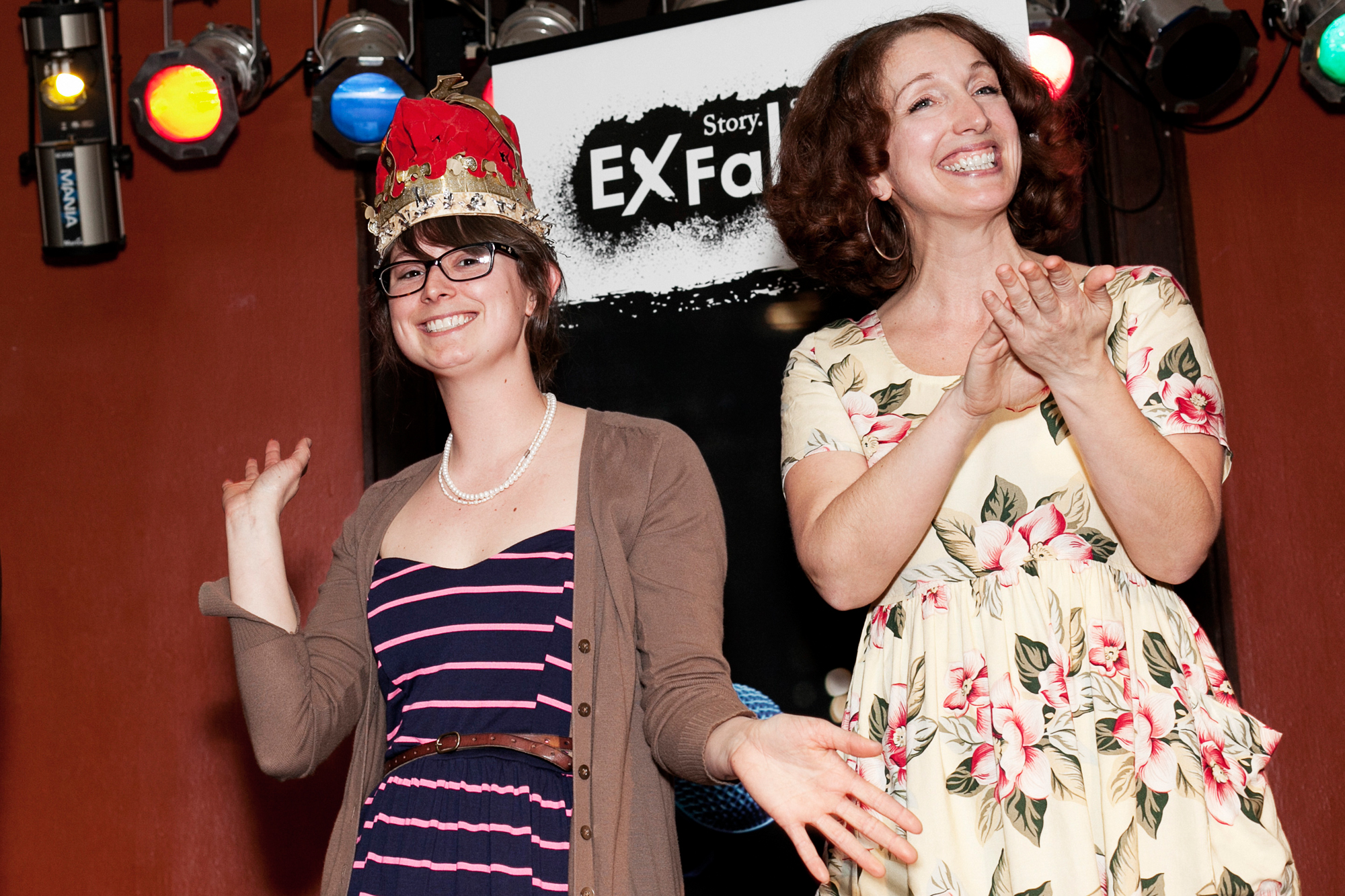 Get ready for the next installment of our tales of awkwardness and delight when the Ex Fabula Story Slam takes on the theme of “Better Left Unsaid,” Wednesday, April 11 at Stonefly Brewery.