Skip to content
Home/Blog, Uncategorized/StorySlam: What’s in a Name?
Previous Next

StorySlam: What’s in a Name?

First teller Michelle Battles is proud of her ability to pick clues out of thin air. Not having all the answers…not having much (or any) information…no problem! She forges ahead and figures things out on the fly. Oftentimes, she’s right. But, some years ago, when she worked for Harley Davidson as a liaison with dealers, her boss asked her to sit down with a couple who’d be going to a sales expo for the first time.

She was reviewing all the materials in their orientation packet when she pulled up a flyer for a reception “Friends of Bill W”. She didn’t know what that was. But she described it in jokey, glowing terms as a party in honor of Bill Davidson, a company exec. It’s to make him more popular, there are all sorts of fancy drinks and desserts. The woman asked Michelle if she’d ever been to a “Friends of Bill W” reception. Asked Michelle: How do you know what goes on?

Michelle had no idea that it was an alcohol-free reception for conventioneers-in-recovery. She was busted! Years later, she went to work directly for Bill Davidson. He told her I hear you have a story about me. It was awkward. But Michelle told us she still hasn’t changed her style.

Lesa Ystad started life as Lisa Ann Ystad. Too bad her Mom didn’t notice that her initials would be LAY. You know how it is at school. Anyway, Lesa was a farm girl in a small town where “Lisa” was a common name. She moved away to Milwaukee. On a visit home, she wasn’t feeling too well and laid down. She fell into a deep sleep and dreamed.

In her dream, she saw herself floating face-down in a lake she’d gone to for swimming and fun throughout her childhood. She had seven visitants – presences from beyond – during the course of this dream. She told us the final visitant was a man with substantial spiritual energy and she realized she was present at the death of her childhood self. A reborn self needs a new name. When she woke, she immediately told her mother she was changing her name to “Lesa”.

Next, Ex Fabula stage veteran Bill Stevens told us how he serially both tormented and delighted his physician assistant sister and the staff at the orthopedic clinic where she works. Every time he went for an appointment, he delivered a mysteriously labeled package to an unsuspecting receptionist. He was variously delivering a spleen, replacement anatomical joints, two-week-old nightcrawlers…Well, the duct taped labels were deceiving. He was actually bringing the crew Dilly Bars and bakery treats, under assumed names.

When Eno Meier got pregnant, she just knew she was going to have a girl. A friend of hers from Indonesia suggested the name Asmara to her. She told Eno it means love. And Eno told us how her daughter Asmara has taught her everything she knows about love ­– things she couldn’t have imagined before she had her.

Annie Chiles will never forget this name: Dr. Height. Fifteen years ago, she went to an eye doctor when she noticed a change in her vision. That led to a referral to a Dr. Fazio, then to the unsettling experience of getting an MRI. The MRI revealed that a brainstem glioma – a tumor –was pressing on her brain. Next thing, Annie had to see a neurosurgeon, right away. Next thing, her mother was flying from Wisconsin to the Bay Area (where Annie was living), to be with her.

Everything was happening too fast for her to process, and as she laid on a gurney heading to surgery she was gripped with terror. Just then, she caught sight of her chart and saw her surgeon’s name “Dr. Height”. She realized that he had a huge stake in the success of her surgery too. Somehow, thinking of her and Dr. Height being in it together calmed her. She is fine today, and has never forgotten that calming name.

Recently, Rosland Anderson’s daughter needed her birth certificate. While Rosland was going through papers, she found her own, and remembered her desire to learn about her father. When she was around sixteen, at a family picnic, she learned she had an Uncle John. And her Dad was named John too, John Henry. She told us that she married a Henry, and left the Johns behind.

Leah is a name everyone can spell and recognize. But Laeh McHenry is a Lay-a, not a Lee-a. She was named after her grandmother, and during her teen years at school, boys made sport of her name…of course. Along came the movie Star Wars and Princess Leia! Something new they could call her.

But for Jewish girls of a certain time, being dubbed a princess wasn’t exactly a compliment. Back in the day, “Jewish American Princess” was a name for a spoiled, shop-til-you-drop girl, so that wasn’t so great either. More woes – Laeh isn’t a great name to have in the age of online shopping and e-mail either. Laeh has lost count of the misrouted e-mails and orders mangled by autocorrect or improper data entry. Laeh married an Irishman, but she can’t violate her heritage by changing her name, so she just rolls with it.

Julie Hoppe’s mother, a class valedictorian from Escanaba, Michigan got a college scholarship. The nuns who awarded it to her encouraged her to go to Marquette, thinking that UW-Madison harbored Nazis. Her Mom was out with friends and met a guy who went to UW, but he wasn’t a Nazi. He was a World War II vet and they hit it off and married in 1946.

Their first child was a girl, Jean. They got her a red wagon and painted “J. Hoppe” on the side of it. Jean’s wagon… or John’s, Judy’s, Jackie’s, Janet’s,  JoAnn’s, Jeremy’s, Jill’s or Jenny’s…In 1966, Julie’s Mom was pregnant for the tenth time and the whole family got to vote on a name. The movie Sound of Music, starring Julie Andrews had just come out. An appealing story that even featured an escape from the Nazis! So, Julie joined this alliterative family and also laid claim to a wagon that never had to be re-painted.

Elisabeth Bentti’s parents were deeply religious, and looked to the Bible to name their five children. They named her “Elizabeth”, then discovered it was spelled with an “s” in the Bible, so they changed the way they spelled it, but didn’t have it done on her birth certificate. Later on in her life, her parents took up genealogy and researched their family’s Lithuanian heritage. Her father discovered that their surname “Jurgatis” was an Americanized spelling of the original “Jurgaitis” and changed all of their names. As she came of age, Elisabeth Jurgaitis was sincerely hoping to meet a mate with a plain, unambiguous name, but she ended up marrying a Finn. “Bentti” is her surname now and she still has to spell it for mystified people all the time. 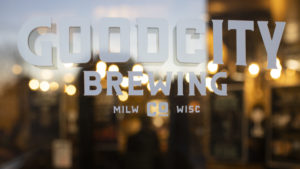 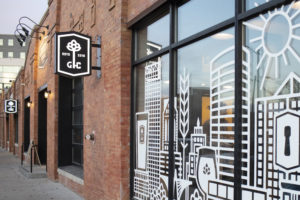 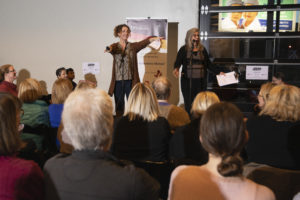 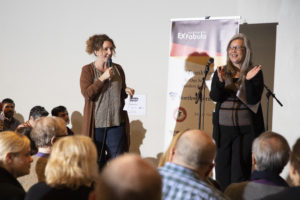 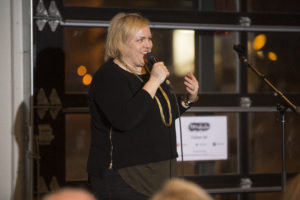 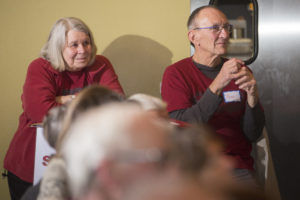 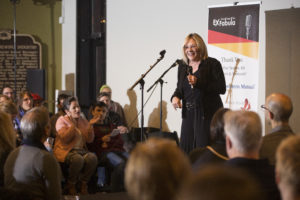 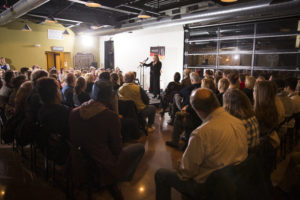 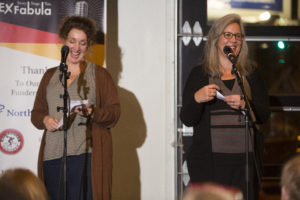 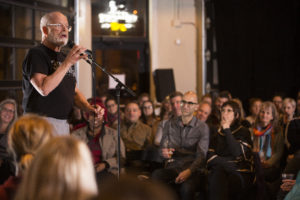 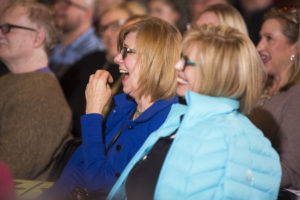 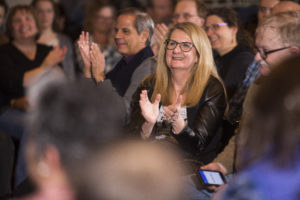 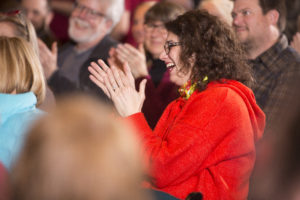 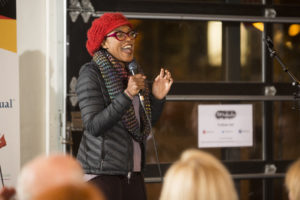 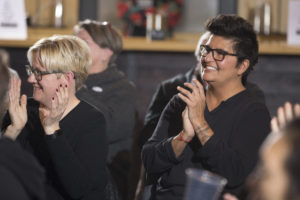 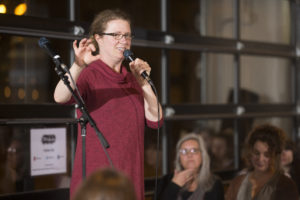 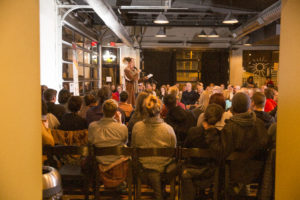 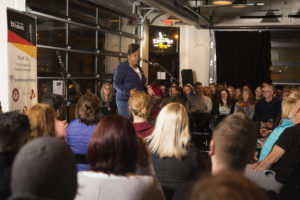 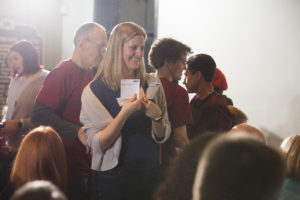 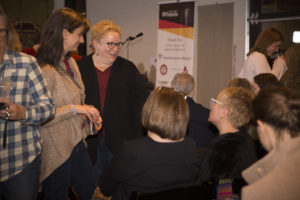 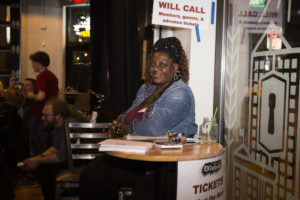 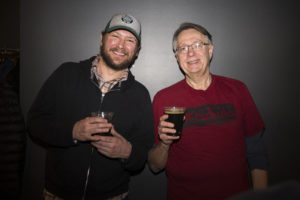 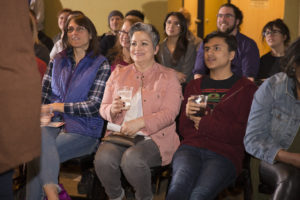 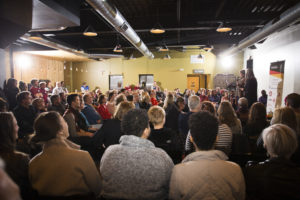 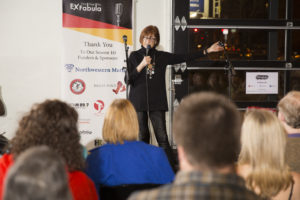 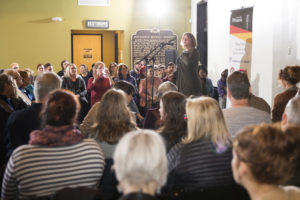 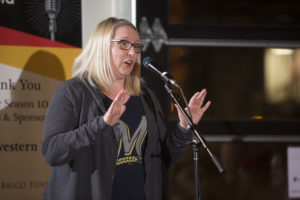 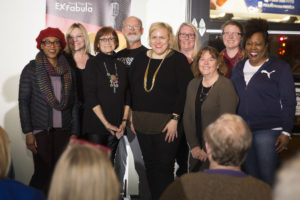 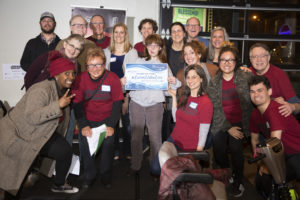 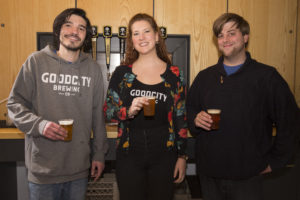