The MKE Auer and Brandon Kelly’s Story of Rhymesayers

The MKE Auer and Brandon Kelly’s Story of Rhymesayers

I first fell in love with hip hop culture back in high school. At the time my primary source of new and classic music came to me on Tuesday nights over the 91.7 WMSE radio waves. Booming out of my bedroom speakers one night in the early 2000s was a bittersweet episode of the “Late Night Hype Show,” the legendary and now defunct program. A member of the crew was moving to Minneapolis. And you couldn’t blame him, considering their hip-hop scene is bigger and some might say, “more established.” But they’ve definitely benefited from Milwaukee-bred talent.

Rhymesayers Entertainment is the most respected and recognizable Minneapolis outfit, complete with their own record store (Fifth Element) and impressive lineup of internationally touring artists. I was introduced to Rhymesayers in 2002 at the Turner Hall Ballroom in downtown Milwaukee. It was the first coast-to-coast tour for their flagship artist, Atmosphere, but it was one of the opening acts, Brother Ali, who stole the show.

For over a decade the rapper Brother Ali was backed by a DJ named Brendan Kelly, also known as BK-One. Kelly is a Milwaukee High School of the Arts graduate, a Rhymesayers affiliate and an original member of “The Beat Box Show,” a long-running hip-hop program on the University of Minnesota’s Radio K. I sat down with Kelly for the second episode of The Milwaukee Auer podcast and he shared the following story about the 2002 Rhymesayers Tour. 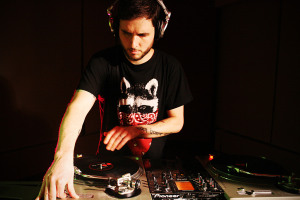 “Everybody on Rhymesayers, for the first ten years, took every penny they made from shows, from merchandise, from everything, and invested it back into Rhymesayers. And I’ll never forget that tour in 2002 because it was the first complete national tour that Atmosphere had ever done, or that anyone on Rhymesayers had ever done. It was a big deal to us. Everything’s relative you know, but at that time it was huge. It was sixty-two shows and almost all of them were sold out. People were just losing their minds for Atmosphere. And then Blueprint, Mr. Dibbs, Murs, as well as Ali and me were on that tour. So it was a really good lineup and just a huge experience for everyone involved.

On top of being the DJ, I was also the merch guy on that tour. And I made a ton of money; I made five percent on all sales. It was the first time that any of these cities had access to a lot of the music, the t-shirts, the sweatshirts, because the Internet wasn’t in place the way that it is now. So I made a lot of money off the strength of that, plus I was selling my own mix CD for four or five bucks. People were just showing up like, ‘Here’s fifty bucks, what do you recommend?’ 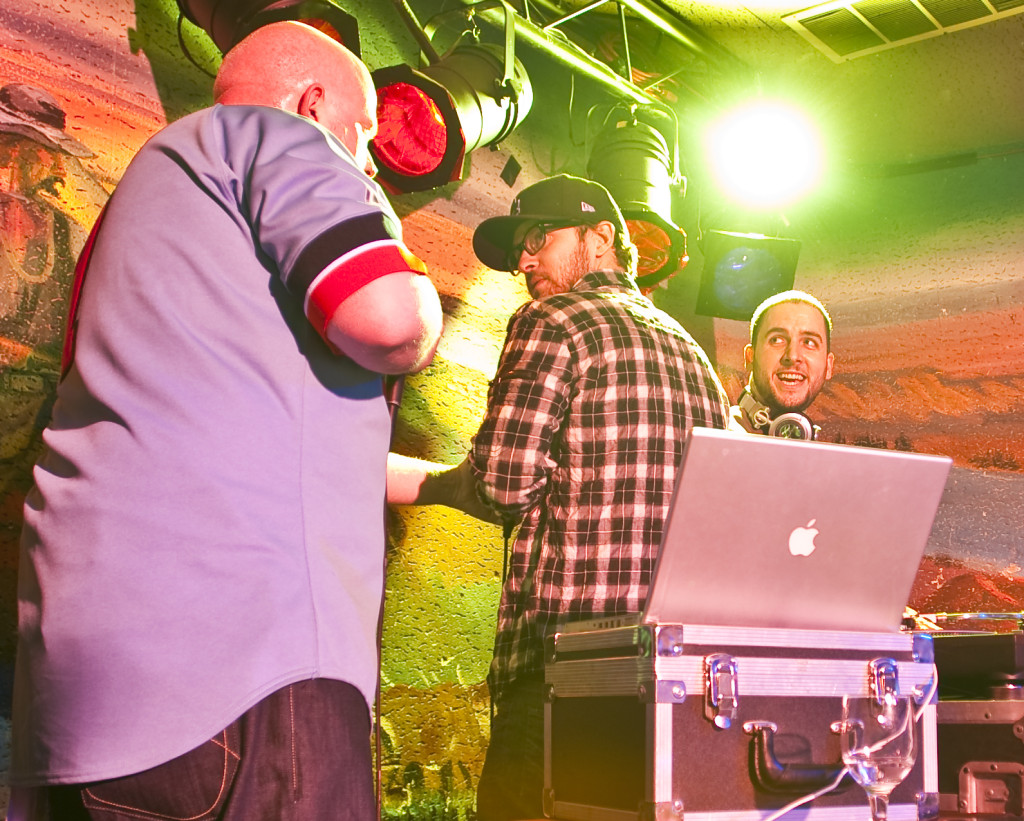 I came off that tour with crates of new records and a big wad of money and was like, ‘This is the life!’ A week later I went to Fifth Element. It was before the offices were built upstairs, so people would congregate downstairs in the basement. And Ali and I went down there and saw Slug [of Atmosphere] looking super dejected. I was like, ‘What’s up?’ And he says, ‘Man, I just had to sell half of my record collection to pay rent.’

I had never even thought about it. I was just like, ‘We’re rich!’ But he had gotten off the tour and just dumped everything back into Rhymesayers because that was the commitment to this vision they had. And that’s what see when you look at Rhymesayers today.”

To hear the rest of Brandon’s story, visit www.mkepod.com and scroll down to his episode or subscribe to the show in the iTunes Store.

New episodes of The Milwaukee Auer podcast drop every second and fourth Sunday of the month. Contact the show at mkepod@gmail.com