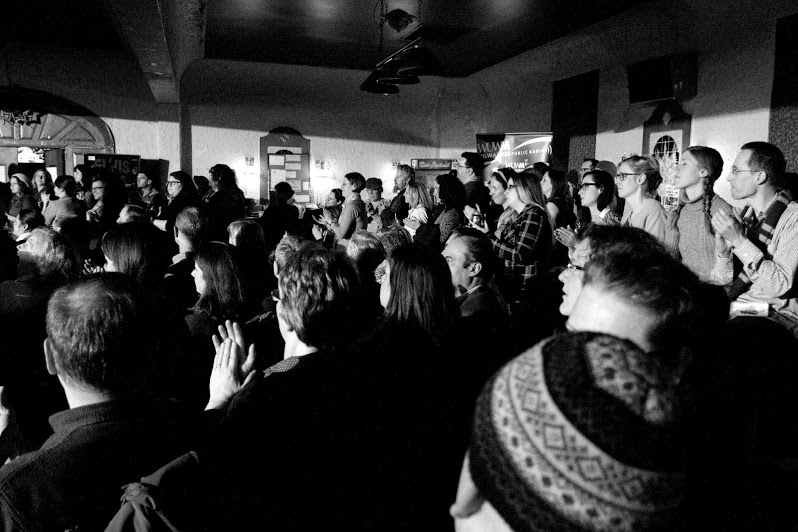 In a show that could only be dubbed “standing room only”, Club Garibaldi hosted a packed house of cozied in Ex Fabula fans and raconteurs spilling their “Green” tales. Interpretations abound, we had stories of envy, nature, marijuana, and greenhorn-ism. And for the first time ever, we crowned two winners in one event. Congratulations to our benevolent storytelling overlords, Kate Tellers and Becca Segal!

As always, thanks to WUWM 89.7, YELP, and WMSE 91.7 for supporting us with their hugs and kisses and all the nice things they say about us when they’re talking to strangers at the bus stop and the Greenline still hasn’t shown up even though it’s been like half an hour. But seriously, big thanks, we couldn’t have done it without them.

With a Crown winning story, Kate Tellers told of moving to—of all places—Brookline, Massachusetts, to become an actress. Instead, she works as a temp at a tax agency with a superhero-esque name, Taxman. Taxman is across the street from a park where the mentally unwell urinate, a sign her new job will not be the best place during tax season. She works herself to exhaustion for almost no money, dealing with threats of litigation from angry customers, not eating for whole days, and having a co-worker throw a brick through the office window. 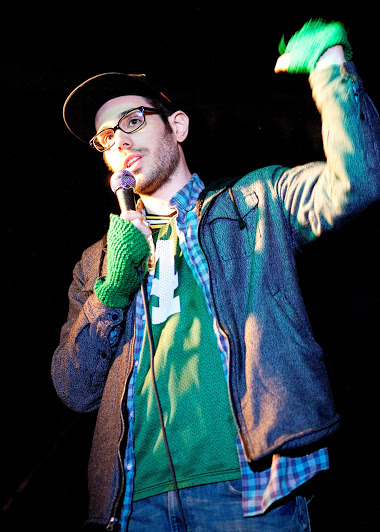 Joey Grihalva (gree-holl-vuh) has always been a Brett Favre fan. So much so, that he stood on stage wearing the famed QB’s jersey. At the height of Favre’s success and popularity, 11-year-old Joey goes to a Milwaukee Wave game for chance to catch a pass from the legend himself. At halftime, he’s usurped by his cute younger brother, fresh out of appendix surgery. His brother catches the pass in front of 19,000 people and is then featured on the front page of the Journal sentinel. Meanwhile, Joey is left in his little brother’s big shadow.

Mark Steidl was a six grader clad in a green and white jersey playing basketball. He hadn’t made a shot the whole season on court, but every night he practiced on the basket in the driveway. There was a black stallion painted on the backboard of his home hoop where he shot hundreds of free throws a night. So it came down to him shooting the last free throw in the championship game, and he finished his story with pantomiming a ball flushing into the net. 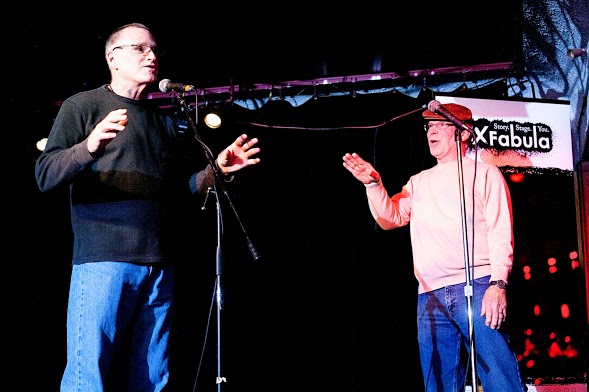 Grant and Conn Hagen told a duo story of how they went on a Fear and Loathing adventure across the Southwest United States, fueled by acid and pot incense and traveling in a 64’ VW Bug. Grant was being leaving to Nam’ soon so he funded the farewell trip. They saw UFOs in Illinois, picked up a cat burglar hitchhiker in Texas, and halfway through the trip they realized they needed to get back to Wisconsin for Grant’s birthday party before he was shipped out. After a car break-down, a cold ride in the back of a pickup, and a last minute plane, Grant arrives home late on his to find his party canceled.

Jim Winship, born and raised in the South, said he knew he didn’t belong in the state because his family’s house had too many bookshelves for a Tennessee resident. A Tennessee March and Wisconsin March offer drastically different activities. Picnics without parkas in Milwaukee are unlikely this time of year. But while it’s not the same, he’s been here 31 Marches and knows home is where you’re comfortable. 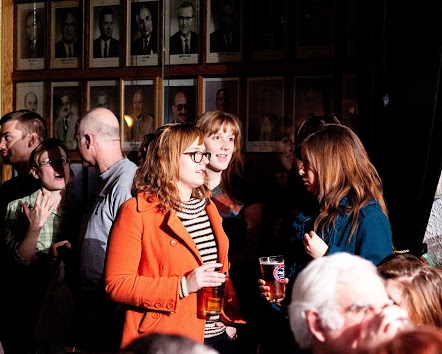 Tim Bultman’s nickname was “Boom” because the right hand he was born with only has a thumb and pinky resembling a boomerang. He told stories of how he used to think he could grow the rest of it with water like a plant, the art of high-fiving a two-fingered hand, and how he’d make money letting people push him around in a wheelchair.

For Mathew Konkel, Camp Anokijig in Plymouth, Wisconsin was his first time for many of life’s most important experiences: his first jumbled kiss, first time drunk, and first time chewing snuff. He was so excited to graduate to manhood that he shows his archery instructor he’s chewing. His instructor is humored by him then giving Mathew enough tobacco to get him so buzzed he sweats. He later sums his story up with “Trials and tribulations of tobacco chewing at Camp Anokijig” 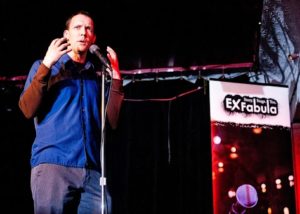 Anna Russo had that teacher. You know, the one that wants to be your friend. The one who probably believes in healing crystals, and doesn’t let her child eat french fries (oh, the horror!). Her class treated their Bio teacher like a Mystery Science Theater movie, and all around detested her. The crowning moment was dissecting formaldehyde frogs with the teacher spraying cinnamon and pine air freshener to cover the scent, something Anna will always call “Dead Frog Christmas.”

The second Crown of the night went to Becca Segal. While abroad teaching English, a lie about her skiing skills gets her pushed down a real French mountain. She says the lift up was amazing in its beauty and almost enough to make her forget she was going down the Alps. She sticks to the blue trail (novice) but then she switches onto the intersecting red trail (not so novice) because, “like in a Bugs Bunny Cartoon, the sign was covered with snow.” 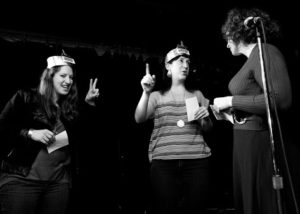 Now it’s your turn. What was your favorite part of the show?