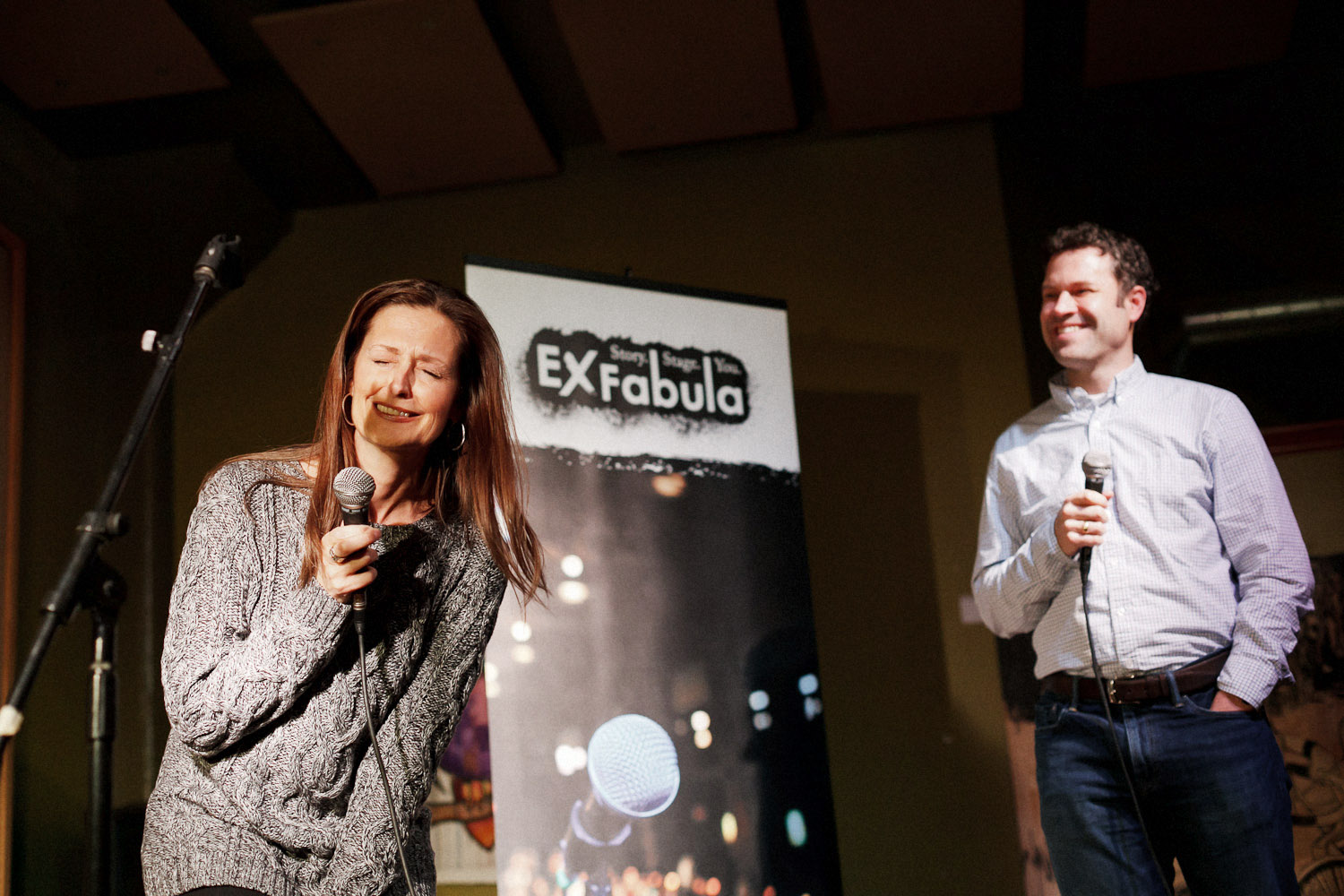 Bob and Virginia Pothier celebrate their 26th wedding anniversary in August. They are not Wisconsin natives but live in Menomonee Falls and consider Wisconsin “home” after 13 years here. Virginia is originally from Kalispell, Montana and Bob grew up in Mesa, Arizona. They met during the summer of 1986 when Virginia was graduating from Arizona State University and Bob was working in Arizona for the summer. The story of their whirlwind romance was the subject of their “How We Met” Ex Fabula win in February. Bob is a former GE Healthcare executive and Virginia was an Account Director for Standard Register. They are now the co-founders of a start-up educational company called Hapacus that promotes the science of happiness. Hapacus officially launches in September.

You can see Virginia and Bob share their story on the theme “Saves the Day” at Ex Fabula ALL STARS, June 8th at Turner Hall.  Tickets are on sale now at the Turner Hall Box Office.