At 7:30 pm, when the Ex Fabula All Stars 2012 show began, the sunlight
pouring through the windows told us how far we’d come. Since last
October, we’ve had six regular story slams, as many Terminal Milwaukee
events, a stint at the Wisconsin Book Festival, and a Storytelling
Spectacular. Almost all of these events began in darkness, many with
snow and smokers shivering around the entrance to the night’s venue.
But last Friday the sun was still at full wattage when we started and
it was 80° plus outside. Everyone in Turner Hall Ballroom was on a
summertime high. 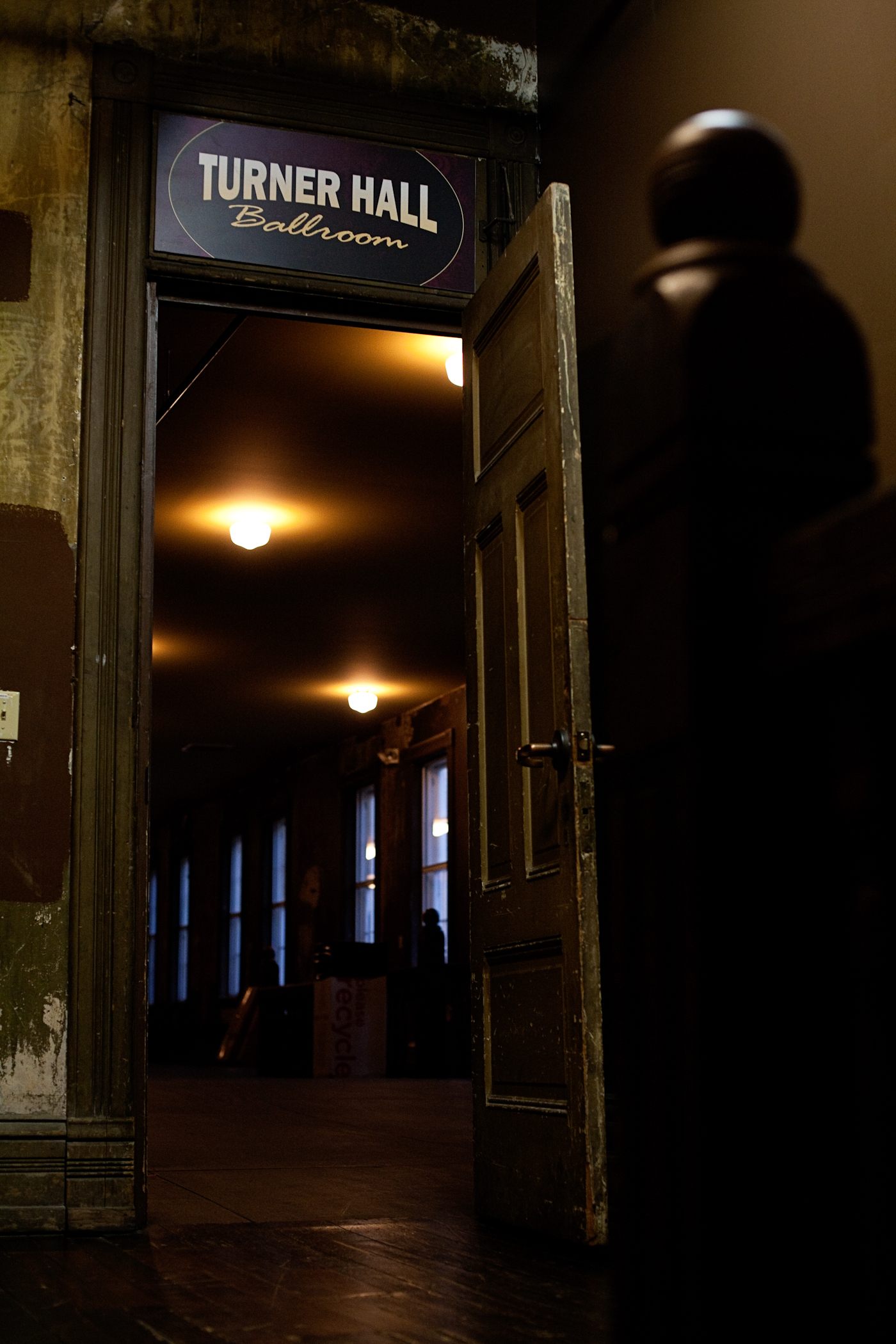 Amie Losi, our previous All Stars champion, started us off with a
sequel to last year’s story. She had won with a saga of the lousy men
in her life. This year, she told us that she found the experience of
telling that story not only cathartic, but empowering. The night after
last year’s event, with a shine left on her from the win, she began a
relationship that’s still in good shape today.

Our theme for the night was “Save The Day,” but not one story involved
people running into burning wreckage or diving into the street to save
a kid who never learned to look both ways. They were mostly what Ex
Fabula does best, personal stories full of small embarrassments and
triumphs.

Heather Hingston was the first of this year’s story slam winners to
take the All Stars stage. She confided in all of us about a night in a
lonely hallway when she had to confront her eating disorder. It was a
universal story about how terrifying it can be to change the way you
live your life, even if that’s the only way you can go on living.

Bob and Virginia Pothier followed Heather with another story about the
difficulties of steering your life in a new direction. For the
Pothiers, that meant distancing themselves from Virginia’s family of 8
siblings, 9 foster siblings and some of the strings attached to her
country upbringing including a distrust of the medical profession,
bankrupting real estate scams and even, sadly, her family’s delicious
recipe for a farm chocolate pudding called “lumpy dick.”

Jim Winship rounded out the first half with a day he wanted to save in
memory. He gave us a lyrical and lackadaisical blow-by-blow of a
perfect day on the beach at St. Simon’s Island – the beer, the
barbecue, the sandcastles and the shellfish. For a moment, though the
audience was delighted by the story, many there cursed Wisconsin’s
geography for its distance from an ocean shore.

Steph Kilen started by telling us about a TV show she’d loved as a
child. On Super Friends Superman, Batman, Robin and Wonder Woman saved
people from kidnappings and meteors. Steph has never personally seen
those kinds of heroes in action, but she’s found real people that go
out of their way to look out for others. A few weeks before her
wedding, which was to take place in her newly purchased,
halfway-renovated house, her friends performed the heroic feat of
removing sixty-year old carpet glue from her floors.

Carl Fuerst killed with a story of young love, rebellion, and
delusion. He was an imaginary hero in middle school: a rockstar in a
punk band that had trouble just organizing sound into patterns and a
boyfriend to a girl who was not his girlfriend. Even so, he
inadvertently did something really big for his would-be squeeze. After
winning the audience favorite, Carl was the last to wear our
dilapidated, now retired crown. Hopefully after his tale of hapless
romance, his win brought him the same kind of luck Amie Losi’s brought
to her last year.

Dasha Kelly finished off the second half of the show with a great yarn
and a glowing red hair color that offered a nice contrast to the first
half closer Jim Winship’s snow-white locks. She told us of achieving
the goal she’s had since childhood, being the sort of business
professional who travels to Manhattan on business, only to find that
she still had not mastered the art that all true adults undertake, the
art of pretending to be an adult. Like Carl and Steph’s stories, hers
was a story of real life not quite matching the glamour of our
fantasies, but turning out much more interesting. 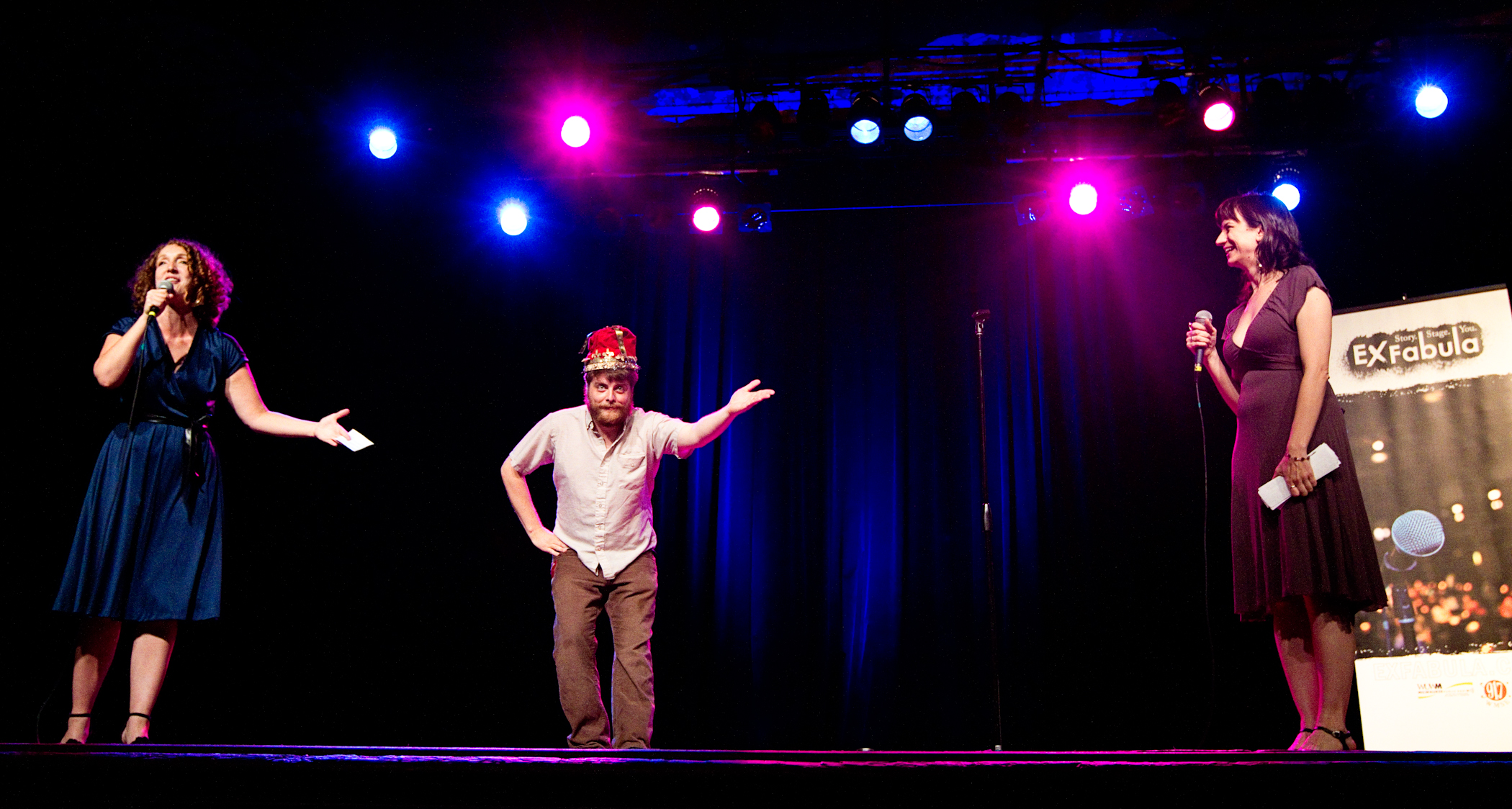 The All Stars show was, all in all, exactly what it was supposed to
be: the best in personal storytelling. On the Turner Hall Ballroom
stage, the weekly home of untouchable rockstars, our city’s own shared
the most human, relatable and entertaining stories we’ve ever heard,
then walked back down into the crowd and shared a drink with us. We’re
already looking forward to next fall.