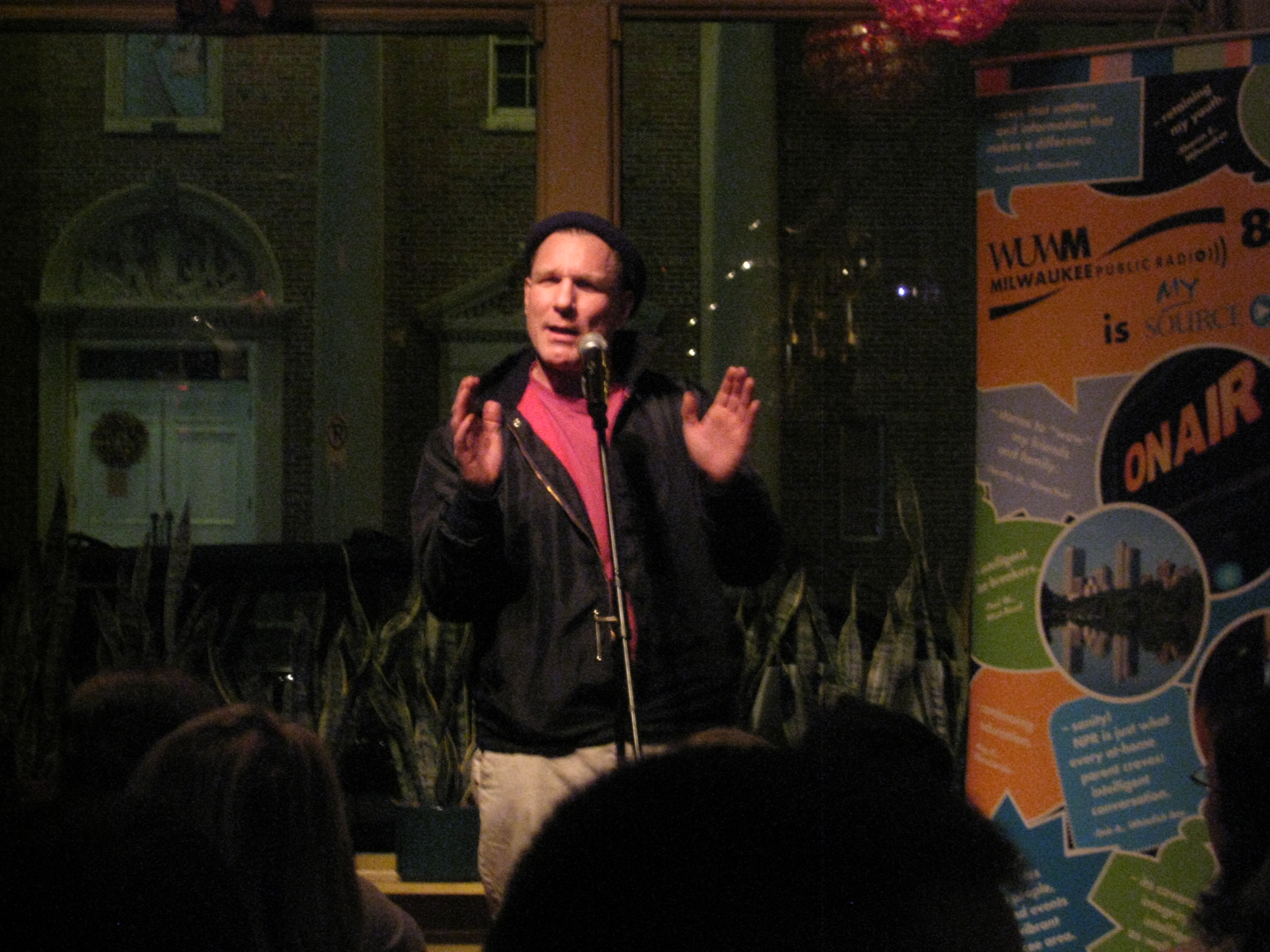 Ex Fabula wants you to come tickle, tease or charm Milwaukee with your stories for its ongoing series of live storytelling events.

Ex Fabula—from the Latin for “from stories”—will host its second event on December 16th at 8:00pm at The Sugar Maple, which is located at 441 E. Lincoln Ave in Bay View. The theme for the night is “Second Thoughts.” There is a $3 charge at the door to support future events.

Ex Fabula’s mission is to connect storytellers with live audiences on a regular basis. The group achieved its first milestone in November 2009 when it presented its inaugural show to a packed house at Art Bar. Fourteen performers took the stage—including two volunteers from the audience—and shared tales ranging from “How Kraft Singles got me laid” to “How I started an unlicensed medical clinic in Kenya.” In what surely is a sign of the unexpected awesomeness to come, Paul Finger emerged from the audience and delivered an incredible story that combined the hilarity of mistaken identity with the excitement of man vs. machine. Paul walked away with the audience award.

Like the first event, this second event will feature three different storytelling formats:

As always, audience members will crown their favorite storyteller at the end of the night.

Those who are interested in vying for one of the random storytelling spots should put their names in the hat by 7:45 pm. The volunteer storytellers for the evening will then be randomly drawn to compete side by side with storytellers arranged in advance. Would-be storytellers should choose stories that tie in to the theme “Second Thoughts”. They should practice without notes and to the five minute time limit as they will be cut off if they run over five minutes. Storytellers should pay particular attention to the first and last lines of their stories and ensure that they are vivid and compelling.