The first day of anything – school, job, marriage, boob job – is bound to be full of nerves, excitement, fear, glee and surprises. The first day of Ex Fabula’s third season was no exception. Audience, storytellers and the Ex Fabula crew had opportunity for all these emotions at the Bay View Brew Haus, Tuesday, October 11.

It particularly appropriate to have first-time storytellers speaking on the night’s theme of “First Day.” Mark Steidl told of his first day of kindergarden, Josh B thrilled with a story of his first day as a high rise window washer and Jim Winship, who went on to win Audience Favorite, shared the story of the first day after his father’s funeral. Jim and his brother went to The Carter Family Fold to see some bluegrass music and were treated to a surprise guest: “My brother and I are sitting 40 feet from Johnny Cash and I know heaven is not that cool,” Jim said. 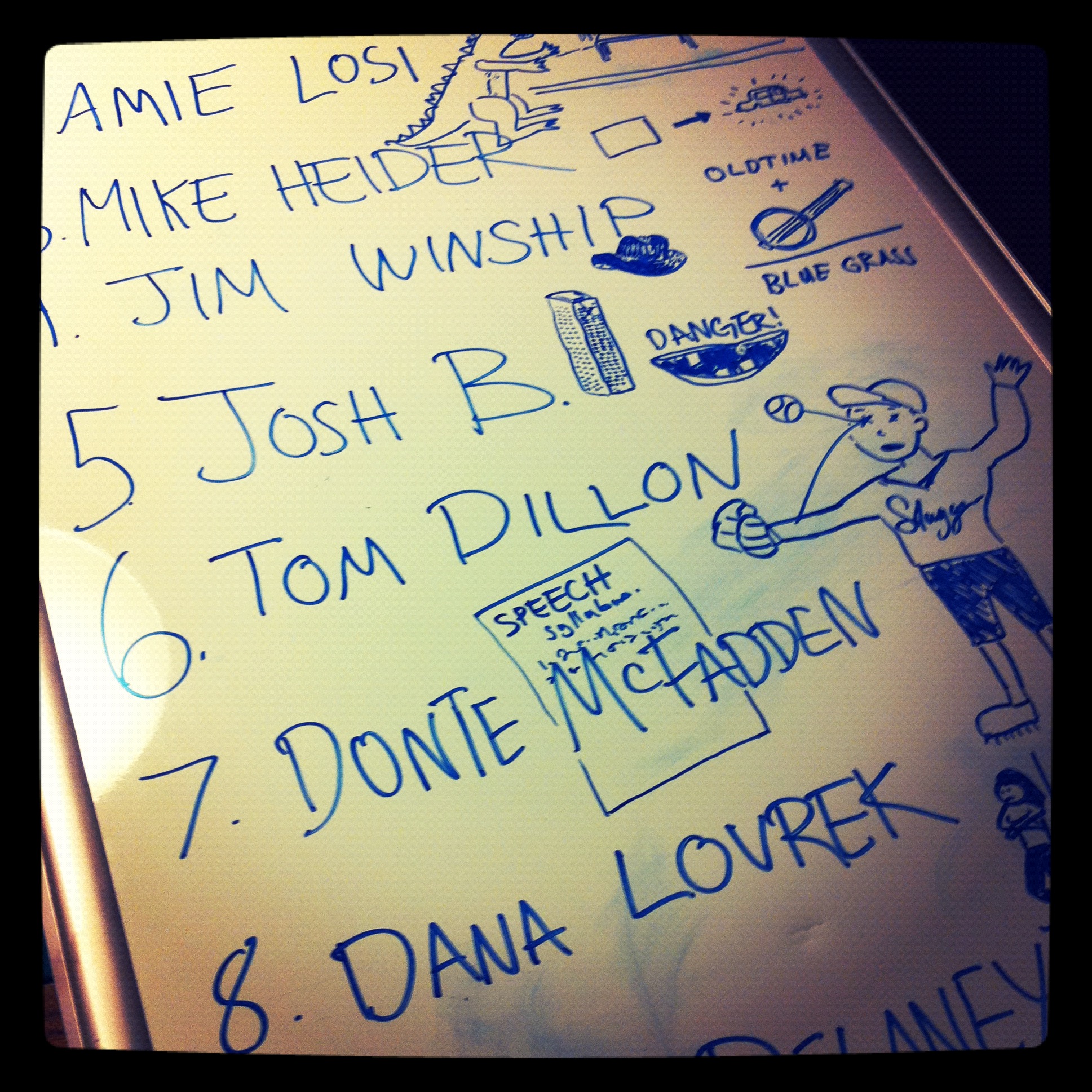 Mike Heider and Rose Delaney told of their first stressful days working in Milwaukee factories. Tom Dillon’s first day of Little League turned out to be his last. Dana Lovrek had emotional first night in her first apartment cuddling a stolen cat. Amie Losi’s first experience in combat theater was also the first time she dressed as Godzilla. And, Donte McFadden had to get up on stage to tell his story about his first day teaching a public speaking class because the Ultrashort  he tried to write about it was, well, too long.

Maybe you missed the First Day. Not everyone is an early adapter. That’s cool. Our next regular season event is Wednesday, Nov 16 at Stonefly Brewery.