Skip to content
Home/Interviews/Neighborhood Theatres: an interview with John Brannan
Previous Next

On February 18th, Ex Fabula will be returning to The Times Cinema, which is part of the Neighborhood Theatre Group. In addition to the Times and Rosebud Cinema Drafthouse, the company recently opened The Avalon in Bay View. Built in 1929, The Avalon is an “atmospheric” theatre that was designed to feel like an outdoor villa in the Mediterranean. We caught up with John Brannan, the Director of Operations, to talk about reopening the Avalon, the history of the Times, and how Ex Fabula fits in. 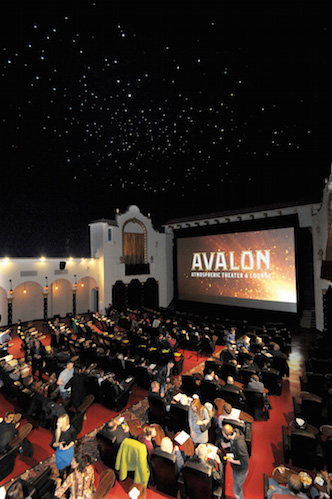 from http://www.gmtoday.com, Patrons gather in the main theater of the Avalon after a ribbon-cutting. Robert F. Borkowski/Special to The Post

TP: What’s it like being the Director of Operations?

from http://www.gmtoday.com, Patrons gather in the main theater of the Avalon after a ribbon-cutting. Robert F. Borkowski/Special to The Post

JB: I do the marketing, work with the staff, book movies, and take care of all aspects of running the business. It’s fullfilling to get to know the staff and be part of their lives – and to get to know the customers. When people come to a movie theater, they are typically in a very good mood they want to be entertained so it’s fun for us to be able to provide that for them.

TP: The Avalon opened on December 18th. What was the energy like for the Grand Opening?

JB: It was very good, very high energy. For the neighbors here in Bay View there was a lot of anticipation. Lee Barczak, the current owner, purchased the Avalon in 2005. It was a lot of work getting the place ready to go, so when we finally had the grand opening it was really fun to have people in the building to see movies again.

TP: As a part of the restoration of the Avalon, I understand that you replaced the old stars in the auditorium ceiling with a new system.

TP: The next Ex Fabula show is coming up at the Times on February 18th. Could you tell me about the history of that theatre?

JB: When the Times opened up in 1935, there were like 80 or 90 Milwaukee theaters. The movies would change two or even three times a week. People went to neighborhood theatres like the Times multiple times a week to see movies but also to get their news, and talk and be entertained. In the 50’s, 60’s and 70’s, the multiplexes started and most of the old theaters closed up, so it’s neat to be operating the few that made it throughout the decades.

TP: And now Ex Fabula gets to be part of that long history.

JB: Yeah, absolutely, what a great group and a neat event. The employees always look forward to Ex Fabula – to serving all the people and listening to the stories.

Thanks to John for taking time to chat with us! We’re thrilled to return to the Times and hope to see you there on February 18th.