When should you trust a “gut feeling”? What risks will you take – or avoid – when you trust your gut? The five tellers at the New Year Spectacular explored this question from different angles.

Semaj Thompson’s mother sacrificed to send her to private schools, where Semaj succeeded academically, and in extracurricular activities. She had grown up with the expectation that she would go to college immediately after finishing high school. During her senior year however, she developed a gut feeling that she wasn’t ready to go right to college, though she couldn’t pinpoint exactly why.

On a trip with her school’s senior chorus, she finally figured it out. She noticed that she was the only Black student on the trip, and as she sat alone during a bowling outing (sidelined because of shoulder surgery), she realized that being “the only one” all the time sapped her energy and she wanted a break from that role. The thought of feeling alone like this for four years was unacceptable, and her gut said that she couldn’t willfully put herself in that position.

This gut feeling was so strong that Semaj found the courage to break the news to her mother, live with the consequences, and make the most of her gap year – which has turned into two years. After attending school for a year, she plans to transfer to an HBCU, having applied to several including Howard University.

Emmett Gross is a big risk-taker when it comes to eating; and he shared many incidents where his recklessness resulted in literal gut feelings that most of us try to avoid. He’s also made a study of how gut feelings operate in elite athletes, and tries to cultivate that “sixth sense”.

His wife’s first pregnancy resulted in a miscarriage. When she became pregnant again, both were plagued with a gut fear they hardly dared speak out loud. However, after her tough pregnancy, they greeted a healthy daughter. He’s still prone to indigestion, and lands in the hospital often from adventures in eating, but their daughter is thriving and they’re thankful that gut feeling was off base.

Nolan Benson talked about that moment of clarity, when you know your “gut” is right! Having recently tried finding love on Tinder, he found the red-haired art lover he’d seen in his dreams since he was 15. Their romance bloomed. On a shopping trip with his Mom, he bought an engagement ring. He told his mother I’m going to ask her to marry me. She asked him are you sure? He answered: Why are you asking me now! I just bought a $1300 ring! Luckily, his gut feeling about her was correct, and they will be getting married this summer.

Since we’re on the subject of rings and romance…  Shel Daav’s first date, several years ago, with Ex Fabula’s board president, Meghan Koven was almost too good to be real! Shel had a gut feeling that Meghan was “the one”; and their life together just keeps getting better. The Ex Fabula audience became part of Shel and Meghan’s story, and shared their joy, when Shel took to the stage with a ring and asked Meghan to marry her! Yes! The answer was yes!

How do you follow a moment like that? Greg Chambers had the guts and compassion to step up and share a very different story. He was six years into his marriage when he came home from a work trip. His wife told him she wanted a divorce. Greg hadn’t seen it coming.

He tried to blunt the pain with drugs, gin and vodka. But he and his soon-to-be ex-wife worked at the same place! One day, hearing her talk to co-workers about her new boyfriend made him literally sick. His chest heaved. He became nauseous and short of breath, pitched to the floor and woke up in the hospital.

When he awoke, he was informed that he had fallen victim to “broken heart syndrome”. Greg’s body – his gut – had given him a wake-up. He knew he couldn’t heal alone, or self-medicate his way out, but he also was aware of the stigma attached to therapy, especially as a Black man. Luckily Greg was able to find a Black therapist, and he found the courage to buck the stigma and enter therapy. Six months in, he calls himself “in repair”.

Finally, teller Julia Ocshwald explained how the single word “Guatemala” has become a code word her mother uses to remind her that Mom’s gut feelings are ignored only at great peril! Julia felt outdone by her friends when college graduation came around. They had great jobs or fabulous trips planned. Julia bravely decided to take a solo grand tour of Central America. Her Mom begged her not to go. She went anyhow. On her second day in Guatemala, Julia went out to a bar, where she blacked out mysteriously after a single drink. She woke up with pain in her face, and came home not long after with a face full of broken bones. Mom rescued her, and kept her “I told you sos” at a minimum.

Thank you to all that came out to our New Year Spectacular and the wonderful volunteers who made the event possible. You’re invited to our next StorySlam: “Damaged Goods” at Lakefront Brewery, 1872 N Commerce St, Milwaukee, WI 53212, Wednesday, February 20th at 7:30 pm. Purchase tickets online for a discount HERE. See you soon! 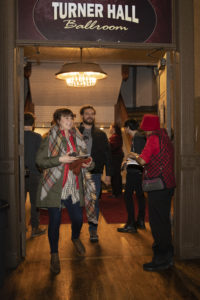 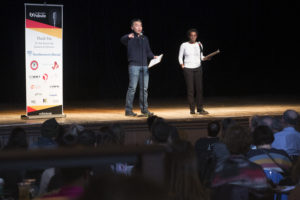 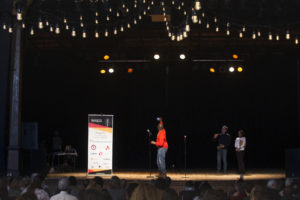 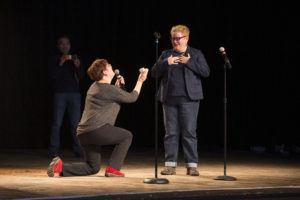 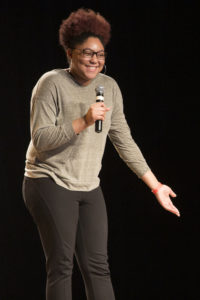 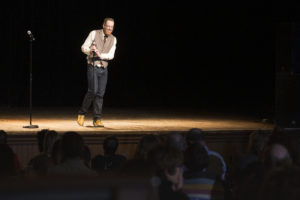 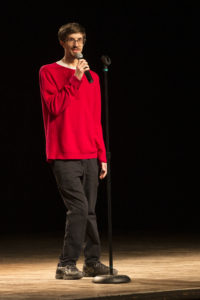 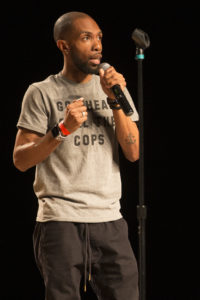 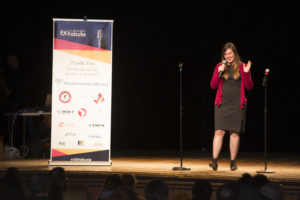