Happy Thursday, past and future storytellers! Fall has officially crept into town and the smell of pumpkin spice & crisp leaves is in the air!  As you anxiously await the start of another season, we’ll be taking a look back at some moments tucked away in the Ex Fabula time capsule. 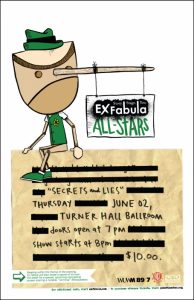 October 2009: Five friends come together and create Ex Fabula (Latin for “from stories”), live storytelling of true, personal stories. (Contrary to urban legend, they did not meet at Central Perk or live in a loft.) A few weeks later, Ex Fabula’ s first story slam premiered at Art Bar. The theme? Beginnings.

2010: Ex Fabula gets love from the masses. From personal and local bloggers and media; tocollaborators and radio stations . 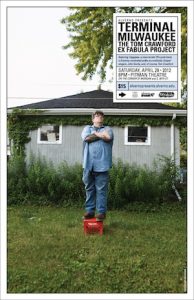 September 2011: Milwaukee Magazine selects Ex Fabula as one of their Best of 2011 picks.