Appearances and situations can be deceiving. These instances & foibles were demonstrated on Tuesday night at the Avalon Theatre. A sold out crowd enjoyed a StorySlam of true, personal tales from courageous souls on how they succumbed to having Underestimated people, places & things. Emcee Leah Delaney and special guest Tiffany Miller kept the crowd informed & in stitches reading announcements and UltraShorts. 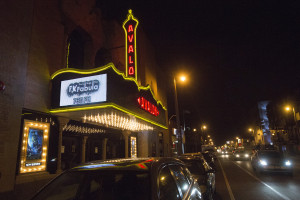 A new venue for Season 7, the Avalon Theatre in Bay View! Photo by Art Montes.

The evening kicked off with newcomer Eric Sanders sharing his tale of a remodeled staircase and what he described as his ‘best fall yet’. What defines an ideal recruit? Shawn Hayes, the second first timer of the night, found himself discovering that exact notion one day after hanging out with friends, enjoying libations. Lauren Poppen’s story about boundaries and board games proved that sometimes winning really means losing.

The crowd enjoyed a brief intermission, returning to listen to the tales of three more first time storytellers. Making new friends is hard, especially in middle school. Stefan Santiago’s animated account of Catholic school, playground fantasy and friendship brought smiles to the audience. Audrey Miller’s desire to retrieve photo negatives from a voyage past shined a light on the fact that yes, appearances are indeed deceiving, evolving. Taking a page from Tom & Jerry’s This Old House, Eric Nelson tickled audience members with his saga of mac ‘n cheese, children and the joys of indoor plumbing. 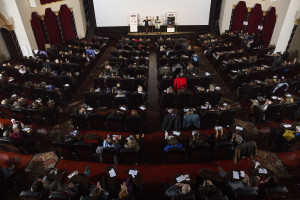 After one final intermission Mark Steidl welcomed everyone back with a story about a crush, religion and pumpkin pie. What would you do for money? Jonathan Gorton, with Megan McGee on standby to assist, disclosed the time he went ‘fishing’. Big, unexpected catches were made that day. Unexpected catches can lead to unexpected losses. The evening’s final storyteller – who goes by Ron Taylor – shared his tale of a true love lost. Let the voting commence!

In addition to the stars in the theater sky, the audience was treated to a narrative from special guest storyteller, author & activist Margaret Rozga. She enlightened the crowd about the city’s history of fair housing, politics and the power of the people; the power within and as a community. After that rich tale, it was time to announce the Audience Favorite. Congratulations went to newcomer Eric Nelson!! 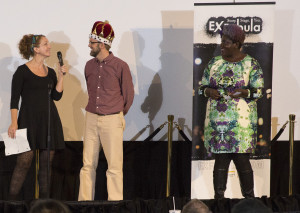 It was a wonderful evening! Thanks to all of them for braving the stage and sharing. Thanks

to our gracious host, Avalon Theatre, the evening’s sponsor, Lulu Café and Bar, and our Season StorySlam sponsor Transfer Pizzeria.

Special thanks to our members, sponsors and volunteers! We couldn’t do this without you!