Skip to content
Home/Event details/Ex Fabula brings you this “Emergency!” alert
Previous Next

On Wednesday March 16th at 8 pm, Milwaukee’s favorite storytelling series returns to the Stonefly Brewery located on 735 E Center St in Riverwest. Come listen to true, personal stories on the theme of “Emergency!”, or come throw your name in the hat for a chance to share a story of your own; you just might tell your way into Ex Fabula’s grand finale event, Ex Fabula ALL STARS.

For those who can’t drop everything to join us at on the 16th: never fear, you have one more chance to throw your name in the hat at our Tuesday April 12th event at the Bay View Brew Haus, where the theme will be “Theory & Practice.” 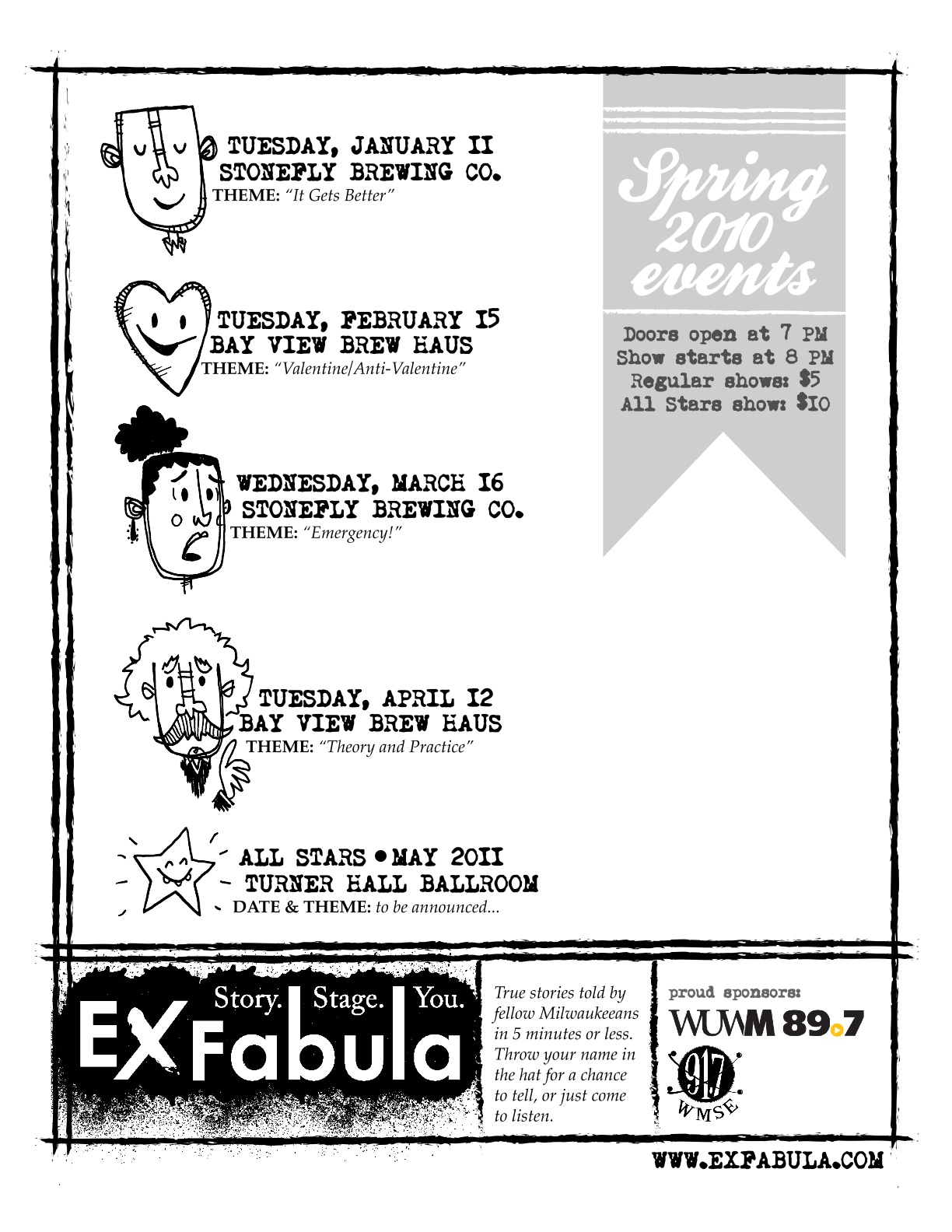 At both events, those who are interested in vying for a storytelling spot should put their names in the hat by 7:45 pm. Would-be storytellers should prepare stories that tie in to the theme and practice without notes and to the five-minute time limit as they will be cut off if they run over five minutes. Storytellers should pay particular attention to the first and last lines of their stories and ensure that they are vivid and compelling.

In addition, Ex Fabula fans should go to here and purchase their tickets for Ex Fabula ALL STARS, which will take place at Turner Hall on Thursday June 2nd. This event will feature new, ten-minute stories told by audience favorite storytellers from our season’s past monthly events. Keeping within the theme of the evening, “Secrets and Lies”, Ex Fabula will also reveal a secret of its own: the trailer for a special, upcoming storytelling project starring a notable, “terminal” Milwaukeean.  To miss the ALL STARS event would be an Emergency indeed!