Meet your Season 9 ALL STARS

We’re headed back to Turner Hall, Friday May 18th 2018 to present Season 9 ALL STARS. It’s our Season ender featuring this Season’s winners from previous StorySlams. This year’s ALL STARS will feature 7 amazing community members telling their true, personal stories.

We met Mel Miskimen at our first Slam of the Season. Her story on finally meeting Sting and also totally fudging it got her to All Stars. When she’s not swooning over Sting or sending Tom Hanks unsolicited packages, she’s writing. 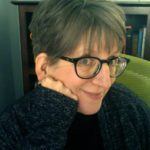 Her recent work “Sit. Stay. Heal.” centers around how her Labrador helped her and her father heal after the loss of her mom. She lists this as her 2nd most important achievement.

Her first? Her 34-year-old daughter and 29-year-old son. “If they weren’t my children, I’d love them anyway”.

For her, sharing stories is what connects us and makes us human. 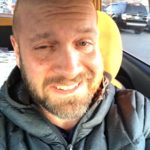 By day, Richard Kerhin is a father, husband and proud member of Milwaukee’s service industry. By night, he’s a storytelling drummer (though not at the same time). He has a unique knack for “saying the wrong thing at the wrong time, over and over again”.

At our “Work” StorySlam, his Eastside pizzeria story was full of colorful characters and a brief stint as a mob runner. He believes in the power of love and encourages future storytellers to just do it.

“Jump off the cliff. It’s exhilarating.”

Kerhin would know. He’s been on our Ex Fabula stage twice this season. 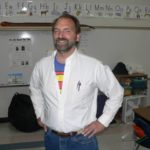 After spending 20 years in journalism, Tony Anderson made a career change to become a teacher.

“I found working with students incredibly rewarding after volunteering for 5 years at Vieau School. It’s worked out beautifully.”

His story from our “Tradition” StorySlam was about telling a student Santa didn’t exist, accidentally of course. He loves being a teacher and credits his career change as one of the things he’s proud of. He’s also proud to be married for 28 years and raising 2 children including a son with Autism.

An avid writer, he believes storytelling is a way to bring is love of theatre and Forensics together. 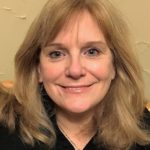 We met Patti earlier this year at our Ex Fabula storytelling workshop. She then joined our stage at “First Time” StorySlam and won with her “First Date” story. It involved a blind date, wrong car and her purse winding up in Mayor’s wife car. Though she’s originally from Illinois, she’s been in Wisconsin for 3 years and is engaged to a Wisconsinite named Denis.

When she’s not writing, she’s rehabbing a home on Brown’s Lake, which “has become a refuge for unwanted rescued furniture”.

Her advice for new tellers? “Help the listener identify with (you). (Your) story is a gift to others in search of their own truth”. 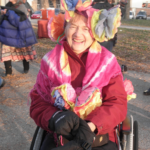 Barbara Leigh is most proud of her work with Friends Mime Theatre/Milwaukee Public Theatre. As a co-founder of the organization, its extends her ability to continue to tell stories.

“Our personal stories are our legacy – our way of connecting with each other and the world,” adds Leigh. She won your votes sharing her story of losing her longtime partner and karmically meeting a college student in need of a roommate. An odd pairing that they’ve made work beautifully.

Leigh serves on a variety of organizations including (but not limited to) Milwaukee County Commission for Persons with Disabilities, Puppeteers of America and Writer’s Group at Woodland Pattern. In the little spare time she has, she’s also starting her own business, “Creativity Unlimited” which provides workshops, performances and administrative/fundraising consulting. 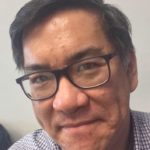 A Korean American from Alabama, Kim loves American Soul Food and 70’s funk. He’s also an avid swimmer, clocking in 3 miles a day. His winning story centered on a trip to Korea

and finding that… pooping in Korea requires squatting. And his calves were not ready.

He also holds a 13th degree black belt in the art of procrastination. When he’s not procrastinating, he’s writing grants for nonprofit agencies here in Milwaukee. 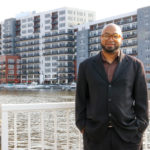 Eugene Pitchford is an educator and author that enjoys helping future teachers find their greatness. And, as a mentor of color… he enjoys mentoring students of color to navigate challenges in their path.

While he’s proud of that, he’s even more proud of being a husband, father and having kids who’ve consistently maintained honor roll. Eugene is an Ex Fabula Fellow and winner of our “Last Straw” StorySlam, where he shared a story about a middle school student’s dramatic transformation – from a troublemaker to a 4.0 student.

Who will win? You’ll be the judge. Purchase your tickets for Season 9 ALL STAR at Turner Hall, here.