This year’s Shorts: Stories We Tell is a masterful combination of storytelling and cinematography as wondrous and mesmerizing as we’ve come to expect from this Milwaukee Film Fest favorite. You’ll want to go with a friend because these shorts leave you not just wanting but needing to discuss (and probably Google) many of these little ditties. 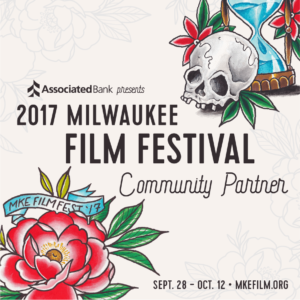 The collection of stories begins with Baynard & Me, a beautiful narrative chronicling the love story between civil rights leader, Bayard Rustin and his longtime partner, Walter Naegle. Together, they not only broke the taboo of same-sex relationships but added interracial and intergenerational love to the list.

I was only 14 (Ik was pas 14) is a haunting young (now old) woman’s recollection of the night of the Putten Raid of 1944 in which practically the entire male working population (including her father) of the Dutch community was deported to several concentration camps.

Blueberry Spirits follows a Roma family of blueberry pickers through the forests and bushes of Latvania, carrying with them legends of forest spirits and mythical animals.

Did that really happen? That’s the question fueling Fish Story, one man’s search to confirm that the guest list of local marina was comprised sole-ly (see what we did there) of residents with a fishy surname.

Drawn & Recorded: Teen Spirit is a fun little animated short of the story behind the song that would become the theme song of a generation.

A Brief History of Princess X tells the tale of the famous (and one time infamous) sculpture’s creation, as well as more delving into the delicious story of the sculpture’s subject, Marie Bonaparte.

Milwaukee Film Fest’s Shorts: Stories We Tell is showing on October 8 at The Oriental and October 12 at Downer Theater. Grab your friends and get your tickets today.