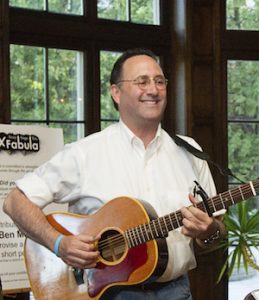 Chicago native Ben Merens is no stranger to Ex Fabula’s stage. One of the featured artists at Ex Fabula’s Mea Fabula, Ben just published his first book, People Are Dying To Be Heard and is working on the song list for his first CD. Aside from being a professional storyteller and speaker, what makes Ben spectacular, in his opinion, is the number of individuals with whom he has strong emotional bonds. Ben’s advice for storytellers? “Have fun when you tell. Always change a little something with each telling of a story to keep the challenge alive in you.”

Community health promoter Dulce Lagunas, one of the two featured Spanish storytellers, hails from Estado de Mexico, a state that partially wraps around the Federal District, i.e. Mexico City. A mother of three daughters, Dulce has lived inmuy tranquila and eventful Waukesha for the last nine years. When asked how is she spectacular, Dulce had this to say, “Me encanta hacer sonreír a las personas y ayudar como puedo.” Curious about what she said? Click here and scroll to the comments section for the translation.  For Milwaukeeans that don’t get to speak much with the Spanish speaking population, Dulce wants you to know that “If you take the chance, you’ll see how passionate and awesome the Hispanic culture is.” 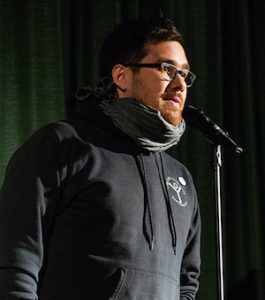 When he’s not busy hosting tours, frequent storyteller and neighborhood enthusiast Adam Carr is encouraging the city’s inhabitants to get out and explore. Rather than cling to the belief that Milwaukee is “small” or continue going to the same places, seeing the same faces he likes the idea of “breaking from your habitual paths through this city; Milwaukee is not small — our circles are small. Our paths through it are small. Our imagination about the possibilities can be small.” Adam’s nugget of wisdom for storytellers equates storytelling with being a math major. “(In college) I didn’t study it because I was talented or gifted— in fact, I would often suffer through it. I did it because I felt an attraction. I indulged in the language. I loved how ambiguous it got, the deeper I went. Sometimes, we feel that the things we love should come easy. I disagree — it’s supposed to hurt.”

Joelisa Castillo, our second featured Spanish storyteller, is also a community health promoter. She is a transplant from Puerto Rico and has resided in Milwaukee for the past eleven years. During the holiday season, Joelisa and her family celebrate Las Posadas, a nine-day celebration focusing the story of Joseph and Mary searching for a posada, lodging or an inn, in which where Mary could give birth.

Mia Noel was first learned about Ex Fabula by attending a storyslam. She was impressed with the honest and engaging tales she heard that fateful night. Excited about the potential that stories, storytelling has for connecting individuals, she decided to become a regular volunteer. When asked what surprises her about Milwaukee, Mia replied it’s the people, not the city. “Milwaukeeans are indomitable and have a capacity for tenacious perseverance and hope; like that first day towards the end of winter when its 48 degrees and people are outside in shorts, sandals. That spirit is everywhere; we just keep moving despite the odds.Speaking of spirit, Mia’s holiday spirit and traditions include delicious monkey bread, good times with family and friends. 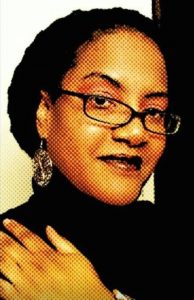 Milwaukee native Yetunde Bronson, composed of sparkling moon dust, miles of sinew & microscopic space particles, was a featured storyteller at Fox Tales, an event produced & developed by Ex Fabula board member Dasha Kelly, where “real folks share real life tales”. Her no fail holiday tradition is to watch Merry Christmas, Charlie Brown, followed by doing ALL of the dances the characters do while practicing for the Christmas play. (Hey Peanuts character in the white sweater w/the crew cut: She’s coming for you!) One upsetting things that surprises her about Milwaukee is the neighborhoods. “I’m always surprised by Milwaukee’s segregated neighborhoods; how sudden and permanent the boundaries are between neighborhoods & cultures. Take a drive on North Ave., from Wauwatosa to the Lake. It’s jarring.In spite of this, Yetunde refuses to leave her beloved city behind. Her advice for storytellers is quite simple really, “Make sure you go to the bathroom before you get on stage.” Wise words indeed.

Now that you know a little bit more about this year’s Spectacular storytellers, what are you waiting for?! Advanced tickets, $12, are still available and can be purchased online through the Pabst Theater box office. Doors open at 6:30 p.m. You can also purchase season memberships at the Spectacular! Thanks to our all of our sponsors and community partners! ¡Nos vemos allí!

Ex Fabula memberships are available for purchase online and make excellent gifts! Plus, for each membership purchased in December 2014, the member will also receive a free ticket (two for Duo) to the January 25 Secret Fabula event which is 1-3 pm at the Brass Rooster.